"The German government must explain which groups in Idlib are financed by Germany. If the money really is spent on reconstruction and civil society needs, it’s a good thing. But we are very sceptical if this is the case. It must be sure that Islamic terrorists do not profit off that," Pflueger said.

Pluegfer also called on the German government to support the Kurdish forces in Syria. 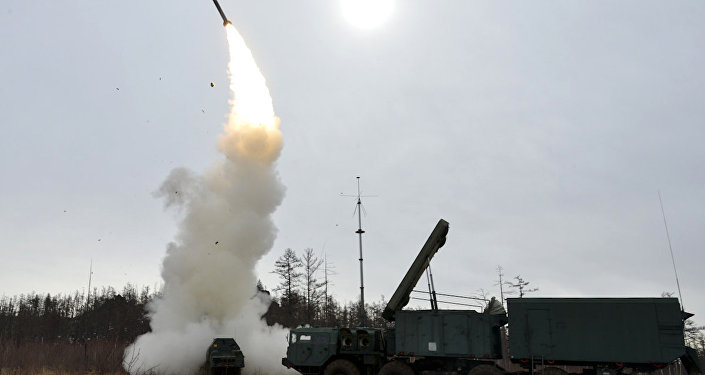 © Photo : Russian Defense Ministry
German Media Questions Israeli Claim on New Strikes in Syria Post S-300 Delivery
According to Der Tagesspiegel, most of the German funds, 37.5 million euros, came from the Foreign Ministry, and a company affiliated with the Ministry for Economic Cooperation and Development.

The remaining 11.3 million euros were contributed by unidentified donors. On top of it came 17 million euros in EU funds passed along by German agencies.

According to Anton Friesen, a member of the Bundestag Committee on Foreign Affairs from the Alternative for Germany (AfD) party, Berlin should immediately stop funding Syrian opposition and focus on the problem of the return of Syrian refugees from Germany to their homeland.

"The German government should immediately stop all payments to Syrian rebels or opposition groups. Instead, Germany should support the return of Syrian refugees from Germany. They should get a job training in Germany and support to found their own business in Syria," Friesen told Sputnik.

© Sputnik / Iliya Pitalev
Syrian Army Repels Islamist Militants' Attack on Idlib DMZ – Military Source
According to the politician, the forces of Syrian President Bashar Assad have won the war and thus it makes no sense to support rebels or opposition groups as it only extends the conflict.

The province of Idlib in northwest Syria is the last remaining stronghold of terrorist groups operating in the country, including Jabhat al-Nusra*, which has joined forces with four other jihadi groups in Idlib to form a terrorist alliance called Hayat Tahrir al-Sham*, widely regarded as the dominant force on the ground in the province.