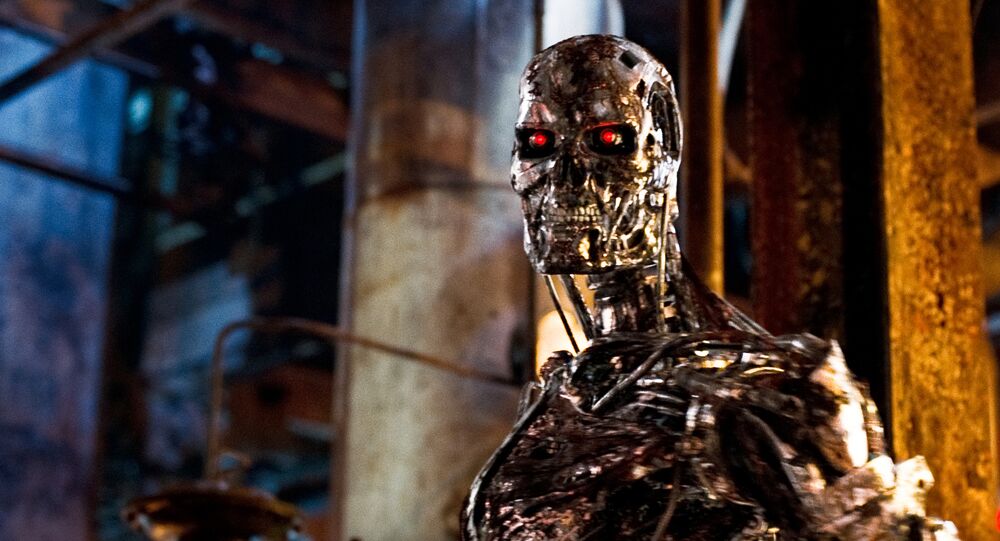 The exercises are but the latest in a series of noticeable efforts by the British military establishment to increase know-how in the realm of Artificial Intelligence (AI) and Robotic weapons technologies.

The British Army has started an unprecedentedly large testing of battlefield robots, according to the Daily Mail.

The event, dubbed the 'Autonomous Warrior 2018,' will last for about four weeks and shall "push the boundaries of technology and military capability in the land environment," according to the British government.

Our U.S. Army partners from @FortBenning have arrived for the start of AWE 18! Here they are receiving a ‘cultural understanding brief’ from a U.S. Army officer who has been in the UK for 18 months. @BritishArmyUSA pic.twitter.com/4F42vsfqwL

At the event, a range of prototype ‘robotic and autonomous systems' (RAS) will be tested in battlefield simulations. These will include unmanned tank vehicles, long-range robotic precision-guided targeting and autonomous ground resupply vehicles, which aim to reduce the danger to troops during combat.

About 200 soldiers are said to be taking part in the exercises and they will be tasked throughout with identifying which systems work most effectively.

UK Defence Secretary, Gavin Williamson, issued a statement saying that, "Our troops now have the chance to test out a huge range of robotic kit in what will be the biggest exercise of its kind in our history. This equipment could revolutionise our Armed Forces, keeping them safe and giving them the edge in an increasingly unstable world."

The new Cheif of General Staff for the British Army, General Mark Carleton-Smith, is quoted as saying that the testing of new weaponry is necessary considering the world's "darkening geo-political picture."

"We live in exceptionally unstable times and that the world has never been more unpredictable," he reportedly added.

In another speech that Mr Carleton-Smith is due to give at the end of the Autonomous Warrior event, he will say, "We need a more proactive, threat-based approach to our capability planning, including placing some big bets on those technologies that we judge may offer exponential advantage because given the pace of the race, to fall behind today is to cede an almost unquantifiable advantage from which it might be impossible to recover."

The land-based Autonomous Warrior exercises come on the heels of a similar large-scale testing by the Royal Navy in 2016. In that exercise, named ‘Unmanned Warrior,' autonomous diving and submarine detection systems were allegedly tested.

AUTONOMOUS WARRIOR LAND is a unique approach to experimentation with an iterative planning cycle & refinement from industry throughout.
The penultimum experimentation phase in NOV-DEC will show how RAS technology could deliver warfighting edge#ArmyInnovation#ArmyExperimentation pic.twitter.com/dzXKzCBKf0

Despite its withering military establishment, which is widely known to be beset by chronic personnel shortages, the UK armed forces have made AI a cornerstone of their future military doctrine. In September, the UK Ministry of Defence boasted that it had successfully carried out testing of what it described as "space age" technology.

Yet, while the country continues to try and keep up with the leaps and bounds being made by AI technology, a steady slew of reports indicate that London has major gaps in its military rank-and-file, including among vitally needed weapons technicians. A report in April 2018 called the military's personnel shortfall the "largest in a decade."