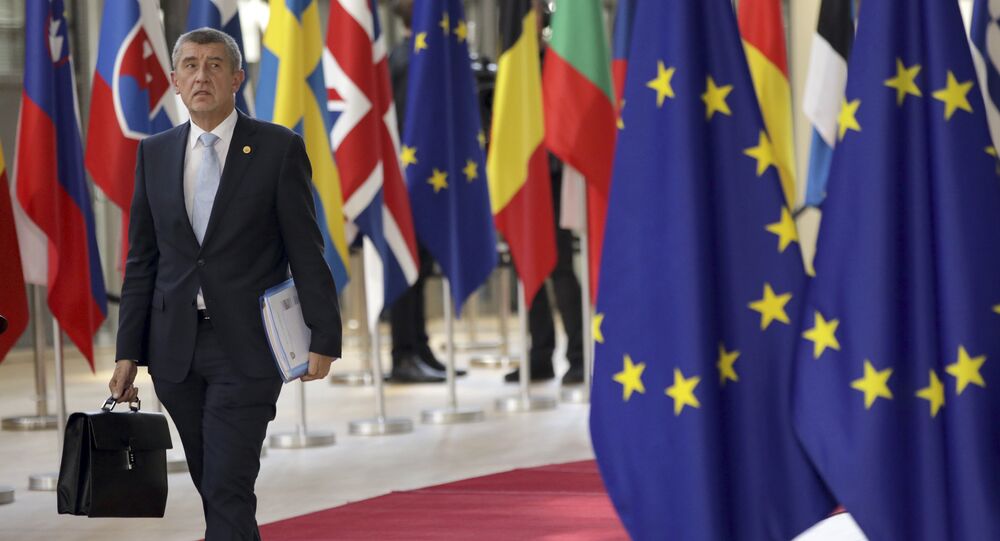 PRAGUE (Sputnik) - Czech Prime Minister Andrej Babis is going to voice later on 11 November an initiative to transfer a part of funds spent on armaments globally to poor countries.

"If you look at this huge sum that is spent on armaments, [you will see that] it amounts to around 30 annual budgets of the Czech Republic ― around $1,750 billion. This huge sum makes one think about why are we basically arming ourselves and who is our enemy," Babis told reporters on 11 November, as broadcast by Czech TV.

© AP Photo / Petr David Josek
Czech President Slams UN Migration Pact Over Controversial Policy - Reports
He went on to say that it would be great to give "at least around one half" of the funds spent on armaments, "$1,000 billion, for instance," to poor people who cannot afford the kind of life people are leading in Europe and thus "set off for a long journey to European countries, seeking a better life."

Babis specified that the members of the UN Security Council could agree on this move.

The Czech PM arrived in Paris on Saturday to attend festive ceremonies commemorating the 100th anniversary of the end of World War I, which will take place later on Sunday, and also the first edition of the Paris Peace Forum, scheduled for the same day. He is going to voice the initiative at the plenary session of the forum.

According to the estimates of the Multidimensional Poverty Index by the UN Development Program and the Oxford Poverty and Human Development Initiative, released on 20 September, around 1.3 billion people live in poverty, of which 46 percent live in severe poverty.