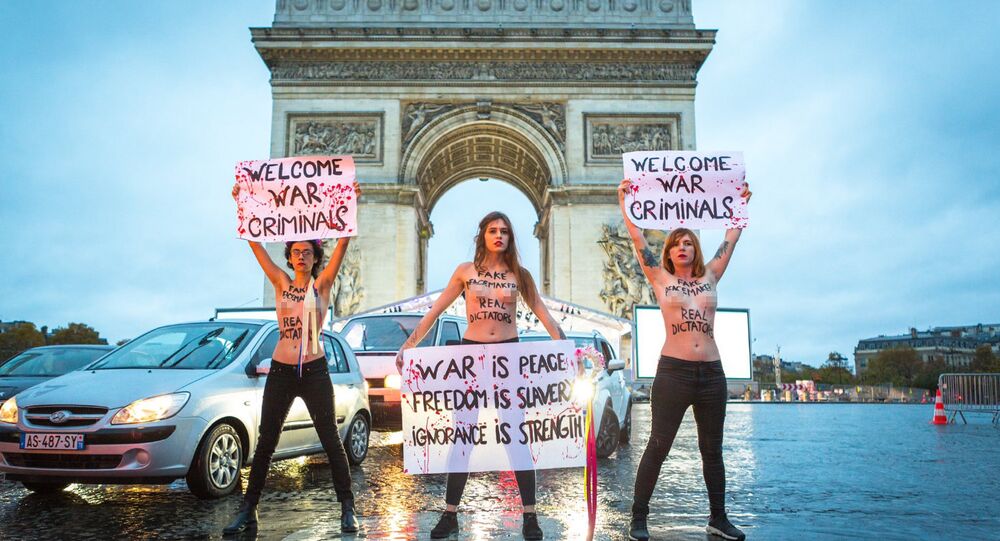 Three Femen activists were detained on Saturday morning after trying to organise a nude protest at the Arc de Triomphe in Paris – World War I commemoration site, BFM reported.

Holding banners, which read ‘Welcome war criminals,’ three activists from the infamous Femen movement briefly exposed their breasts, with the words ‘Fake Peacemakers/Real Dictators’ written on their chests, on 10 November in Paris, before being arrested by local police.

The nude protest was held amid international events commemorating the 100th anniversary of the end World War I. More than 60 heads of state, most notably Russian President Vladimir Putin, POTUS Donald Trump and German Chancellor Angela Merkel, will join host Emmanuel Macron for a peace forum.