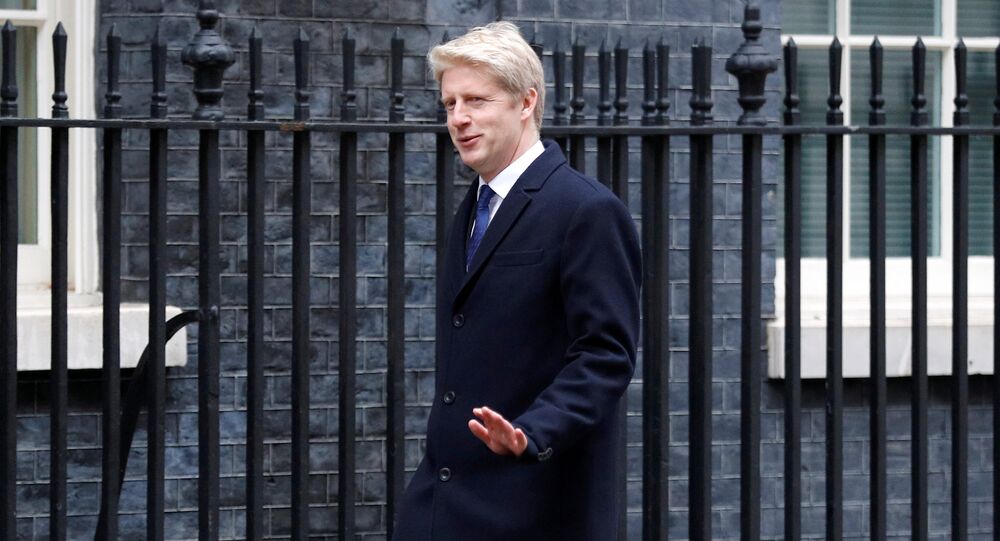 Jo Johnson, the UK transport minister and the brother of Boris Johnson, announced Friday that he was quitting the government over its proposed Brexit deal.

"With great regret, I'm resigning from the Government," Johnson, who also serves as minister for London, tweeted.

In a statement, Johnson said the proposed Brexit plan would leave the country economically weakened, while a no-deal would "inflict untold damage" on the nation.

With great regret, I'm resigning from the Government — I have set out my reasons in this article and the video below. https://t.co/hzimcS8uiR pic.twitter.com/hUN9RLzDfq

​"Brexit has divided the country. It has divided political parties. And it has divided families too. Although I voted Remain, I have desperately wanted the Government, in which I have been proud to serve, to make a success of Brexit: to reunite our country, our party and, yes, my family too," Johnson wrote in his resignation statement.

© AP Photo / Geert Vanden Wijngaert
Brexit Latest: Bitter Taste of Betrayal as May's Border Promise to DUP Blows Up
Johnson said he had asked Prime Minister Theresa May to accept his resignation. As a member of parliament, he promised to vote against the Withdrawal Agreement.

Theresa May's government is trying to settle the remaining five percent of the deal to trigger a deal-making summit later this month. According to the prime minister, despite the fact that 95% of the Brexit withdrawal agreement has been done, the UK government is still facing the challenge of resolving the Irish backstop issue.