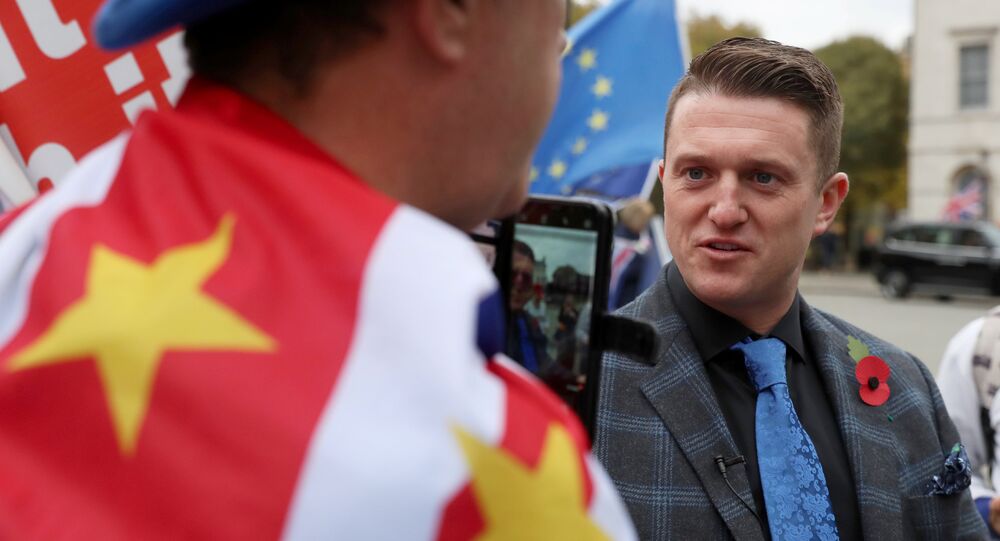 PayPal's harsh move comes less than a week before Robinson is slated to give a speech at US Congress, which could earn him over $1.3 million. Robinson's right-wing rhetoric has garnered a lot of support both in the UK and the US, but has also set him at odds with leftist activists, who have asked PayPal to cut off his account.

The online payment platform PayPal has closed down the account of right-wing British activist Tommy Robinson and frozen the money that he had there for what they call promoting "hatred and violence."

"We do not allow PayPal services to be used to promote hate, violence, or other forms of intolerance that is discriminatory," the company told Euronews. "Striking the necessary balance between upholding free expression and open dialogue and protecting principles of tolerance, diversity, and respect for all people is a challenge that many companies are grappling with today."

The move came after online petitioners called on tech companies to cut links with the English Defence League founder. One such petition that has racked up shy of 65,000 signatures branded Robinson "Europe's loudest far-right Islamophobe" and pressed PayPal to end business dealings with Robinson.

According to the activist himself, PayPal told him that he was cut off from the platform forever without giving a legitimate reason. Robinson called PayPal's move "fascism" and suggested that this was an attempt to silence him and prevent from working, including running a full-time team and reporting news and stories that "media don't want to cover."

Tommy Robinson, whose real name is Stephen Yaxley-Lennon, has been invited by a group of Republicans to speak at US Congress on November 14. The speech could earn him £1 million (over $1,300,000) and possibly grant him a visa; he is now waiting for his application to be approved.

Robinson was released on bail Monday after a court hearing on his contempt of court case, which was passed to the Attorney General. However, the activist faces a retrial and could be sent back to prison if again found in contempt for filming people at a grooming trial in Leeds and broadcasting the footage on social media.

Robinson was detained earlier this year for livestreaming outside a courthouse, where a gang rape trial was being held. The EDL's ex-leader was already on a suspended sentence for contempt of court for recording a video in Canterbury Crown Court in May 2017 during the trial of four suspected rapists, which made the judge activate a three-month sentence for the previous offense and add 10 months for the new one.