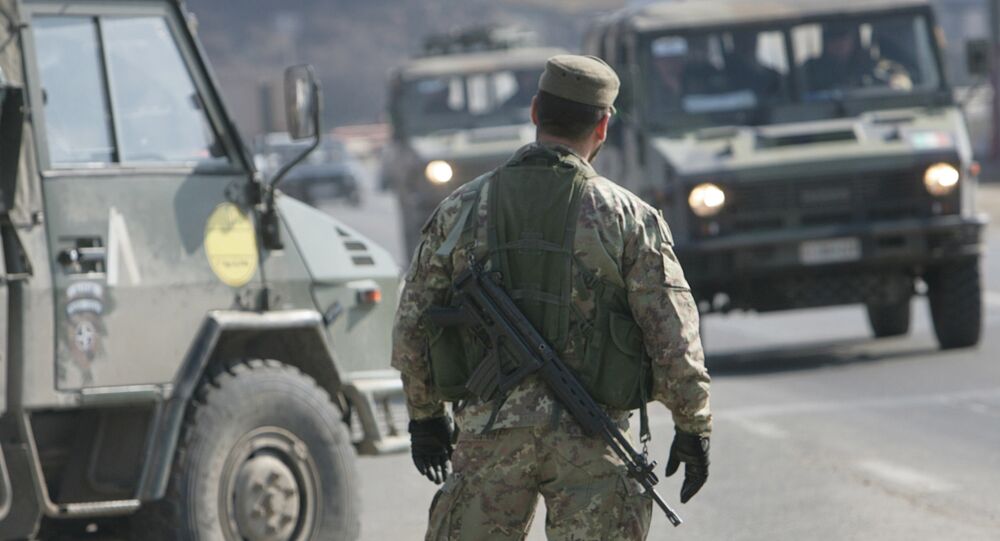 BRUSSELS (Sputnik) – EU foreign policy chief Federica Mogherini called on Kosovo and Serbia to avoid words and actions that can hamper the normalization of relations between the two countries, the European External Action Service (EEAS) said.

"In her discussions with the two Presidents, Federica Mogherini emphasized the need for Kosovo and Serbia to ensure an environment conducive for the Dialogue and to refrain from words, actions and measures that are contrary to the spirit of normalization," the EEAS said in a press release on Thursday.

© Sputnik / Iliya Pitalev
West Urges Serbia to Stop Diplomatic Activities Against Kosovo Recognition - Belgrade
Brussels also outlined the direct link between the stabilization of the crisis between Pristina and Kosovo and the prospects for the two states’ aspirations to join the European Union.

During their meeting, the parties also discussed "necessary steps for the way forward and decided to remain in constant contact in the coming days to assess the follow up of today's meeting."

© Sputnik / Радоје Пантовић
Serbia's Vucic: Kosovar Albanian 'Kosovo Army' to Be Established in November
Kosovo proclaimed its independence from Serbia in 2008 and was recognized by over 100 nations. However, Serbia, alongside Israel, Russia and several other states, refused to recognize the secession.

In 2011, the settlement talks between Serbia and Kosovo began.

The previous round of the EU-backed negotiations was set to be held in September. However, Vucic withdrew from them, citing alleged lies and threats on the part of Kosovar Albanians. As a result, the two leaders held separate talks on existing issues with Mogherini.