Earlier, Scottish First Minister Nicola Sturgeon said that Scotland should come up with its own version of the Brexit "backstop" scheme which is currently being negotiated on for the Irish border by the European Union and the United Kingdom.

The Court of Session, Scotland's highest civil court, ruled on Thursday that the UK authorities can't stop a legal case that seeks to determine if the UK has the right to unilaterally reverse Brexit, which is being considered by Europe's top court, Reuters reported citing a lawyer close to the case.

READ MORE: Sturgeon is Looking for Shifts in Opinion if There's No Brexit Deal — Prof

The UK government had attempted to give a notice of appeal regarding the decision by the Scottish court that claimed the case should be taken to the European Court of Justice; however, the authorities rejected the step, lawyer Jolyon Maugham said on Twitter.

The Government's last ditch effort to block our attempt to empower Parliament to act in the national interest has failed. Application for permission to appeal refused — and the end of the line for the Government. https://t.co/zVtw8CxnXm 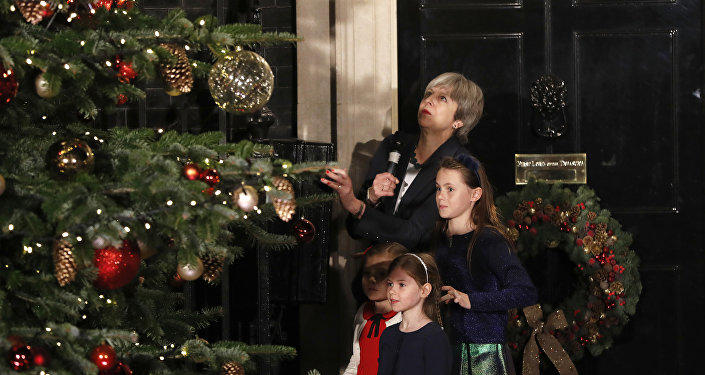 © AP Photo / Kirsty Wigglesworth
All I Want for Christmas is a Brexit Deal: Theresa May Appeals to Angela Merkel
Scottish authorities who are against Brexit have asked for a ruling to make it clear if the UK could withdraw its notifications that it would exit the EU without the permission of the EU members.

Last month, Scottish First Minister Nicola Sturgeon said that she and her party SNP would back a new referendum on Britain's withdrawal from the European Union if Parliament gets to vote on it.

The minister also commented on the issue of Scottish independence stressing that the next steps for its resolution would become clearer only when the Brexit measure will become more comprehensive. She emphasized further that she could not expect the Scottish National Party lawmakers to support the Brexit deal in its existing format.