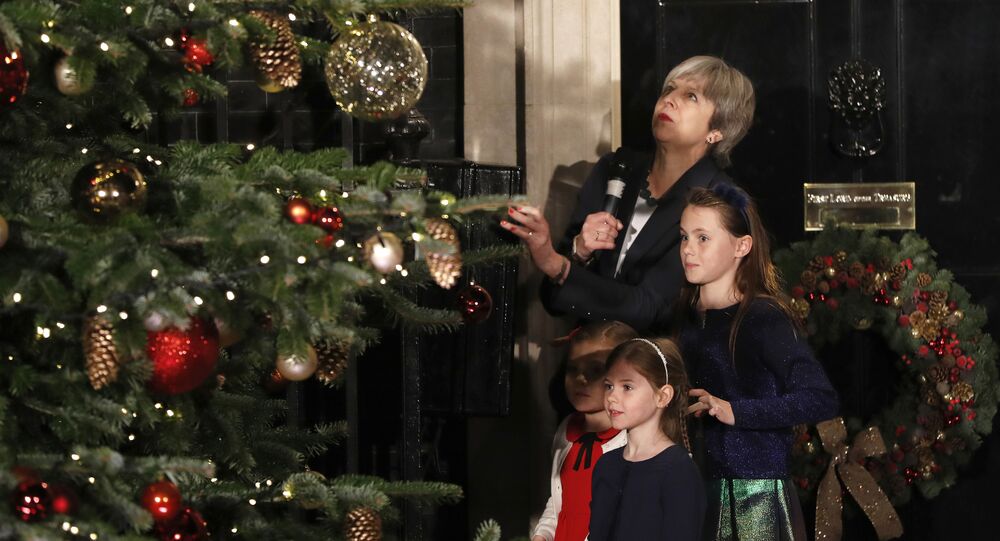 With a working agreement between the European Union and the United Kingdom seemingly in touching distance, the British PM has reached out to her German counterpart.

Angela Merkel heard Theresa May ask for help to finalize the Brexit divorce deal by Christmas this year.

Last week, the German Chancellor confirmed that Berlin will continue working until the end to see an agreement established between Britain and the European bloc.

"We have common interests: we want an agreement. We know that we still have work to do. The sooner this happens, the better, but we will make an effort until the last moment for the agreement to happen," Mrs. Merkel said last week.

© AFP 2020 / TOBIAS SCHWARZ
Merkel: Germany to Make Efforts on Achieving Brexit Agreement Up to Last Moment
Given that the Chancellor previously indicated it was in Germany's interests, as well as London's, to avoid a Hard Brexit deal, Merkel may react positively to May's latest appeal.

Downing Street is trying to settle the remaining five percent of the deal to trigger a deal-making summit later this month. With 95% of the Brexit withdrawal agreement done and dusted, according to Mrs. May, the UK government is still faced with the challenge of resolving the Irish backstop issue.

The PM assembled her Cabinet on Tuesday to reassured Whitehall officials an EU withdrawal agreement wouldn't be finalized "at any cost." Ministers are expected to thrash out details of the proposal, which would enable Britain leaving a temporary customs arrangement with the EU without being forced to accept a border down the Irish Sea.

Ireland's foreign minister on Thursday warned the public against having great expectations on the resolution of the Brexit deal stalemate.

"Let me just say this in terms of commentary today, particularly in British media, I would urge caution that an imminent breakthrough is not necessarily to be taken for granted, not by a long shot," Irish FM Simon Coveney told a conference.

His British counterpart, Jeremy Hunt, similarly suggested on Thursday that it was "probably pushing it" to expect a Brexit deal within the next seven days. Hunt said he was confident a deal would be struck but getting the best and final result would be "incredibly complicated."

Heading to Paris to talk tomorrow about Britain’s relationship with one of our closest allies – past, present & future. Our friendship with France is far bigger than Brexit, as the Armistice Day Centenary reminds us

The latest deadline for a Brexit deal to be signed off, widely perceived practical, is during the last European Council of 2018 in December.