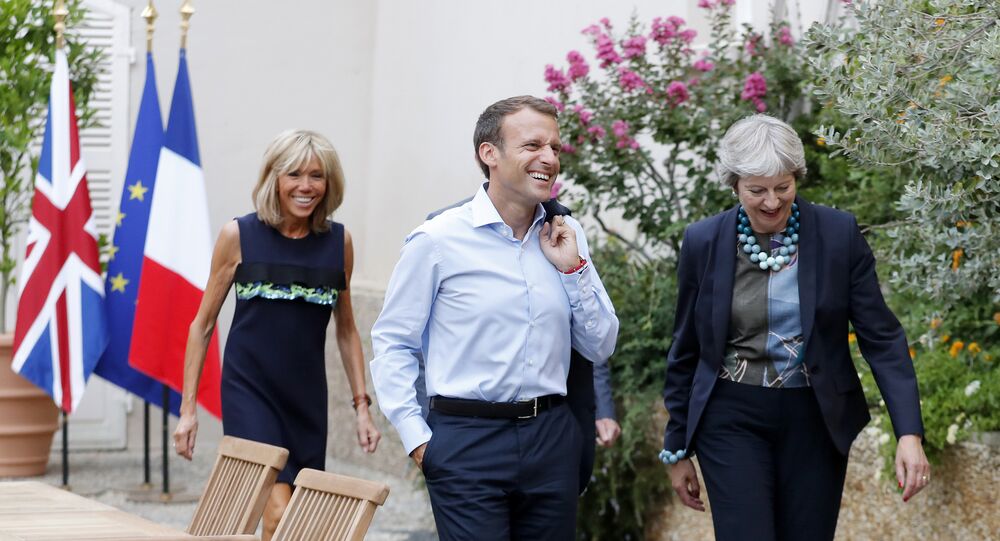 The UK Foreign Secretary visits France amid reports that British Prime Minister Theresa May will seek her cabinet's approval to sign a deal on the terms of Britain's exit from the EU. Earlier, French President Emmanuel Macron warned that Brexit could not be allowed to undermine European unity.

In a speech due to be delivered during his visit to France later this day, UK Foreign Secretary Jeremy Hunt is expected to welcome almost 200 years of cross-channel cooperation between London and Paris, which will be remain "tied by bonds of friendship" for decades after Brexit, according to the BBC.

Hunt's address to the French has already been posted online; he will tout the two countries' cross-channel relationship as "one of competition, co-operation, similarity and difference".

READ MORE: Brexit a Chance for France to Project Itself as US' Military Partner — Professor

The British Foreign Secretary will also reflect favourably on French-UK solidarity in the wake of the deadly terrorist attacks which struck Manchester and Paris.

"We will never forget the moment after the Manchester attack when President Macron walked from the Elysee Palace to the British Embassy to express France's solidarity, and the crowd at the Stade de France sang the British national anthem. Nor when, after the Bataclan attack, the crowd at Wembley sang the Marseillaise," Hunt's speech notes.

© AP Photo / Etienne Laurent/ pool
Macron Calls May's Brexit Proposals 'Not Acceptable'
He will also touch upon the centenary of the end of World War One, which will be commemorated on November 11; according to his speech, the destinies of France and Britain were "yoked together" by this war, in which "we fought and bled side by side for over four years".

Hunt's visit to France comes after UK Prime Minister Theresa May claimed on Tuesday that Britain is nearing a Brexit divorce deal and that a compromise can be reached with the EU on the Irish border issue during a special EU summit on November 17. The United Kingdom is scheduled to leave the bloc on March 29, 2018.