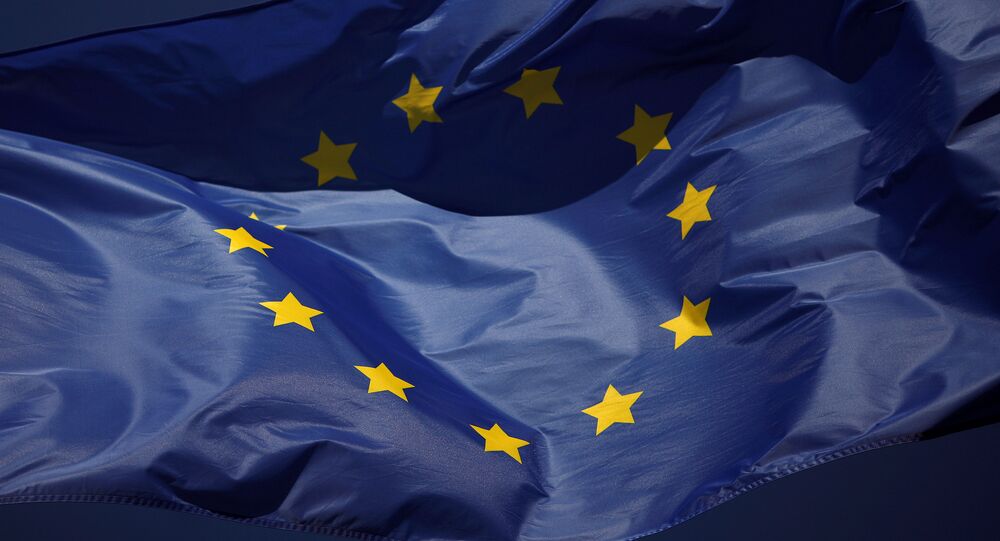 MOSCOW (Sputnik) - The accession of Balkan states to the European Union will promote economic development and integration of Europe, the EU Parliament’s Delegation senior member Soltes told Sputnik on Wednesday.

"That would and will be a mutually beneficial thing for both sides as it would improve the trade as well overall cooperation and integration, economic development and connect Europe as a whole," Vice-Chair of the EU Parliament's Delegation to the EU-Serbia Stabilisation and Association Parliamentary Committee Igor Soltes said when answering whether Serbia and other Balkan states joining the EU would benefit the bloc and in what way.

The lawmaker noted that Serbia was already on the path of getting integrated into the European Union and the outlook for joining the bloc was positive.

"They have already closed several chapters and I am sure that if they continue at this pace they should be able to join the EU in a few years time," Soltes added.

The lawmaker also expressed hope that the dialogue between Serbia and Kosovo will continue in a positive manner. He stressed that it was important for both sides not to take any decisions which could harm this process.

"I am not sure that the latest decision by Kosovo to impose a customs tariff of ten percent on products made in Serbia and Bosnia and Herzegovina can have a positive effect on dialogue between Serbia and Kosovo," Soltes said.

© Sputnik / Iliya Pitalev
West Urges Serbia to Stop Diplomatic Activities Against Kosovo Recognition - Belgrade
The vice-president's statement comes after Kosovo authorities said on Tuesday as quoted by a local media outlet that Pristina had decided to impose 10 percent tariffs on goods coming from the two countries because of their hostile approach toward the self-proclaimed republic.

On Monday, Austrian Chancellor Sebastian Kurz after a meeting with Serbian President Aleksandar Vucic in Belgrade said that the European Union will be complete when the Western Balkans countries join it and that Austria was making every effort to support Serbia's EU accession bid.

In February, the European Commission presented a bloc enlargement plan, suggesting that Serbia and Montenegro could join the European Union by 2025. EU foreign policy chief Federica Mogherini said these two countries, as well as Albania, Bosnia and Herzegovina, Macedonia and Kosovo were on a "clear path" to membership.

The Western Balkan states of Albania, Macedonia, Montenegro and Serbia are official candidates for EU membership. Each country must negotiate the terms of accession with the current member states and align their domestic legislation with EU law before joining.