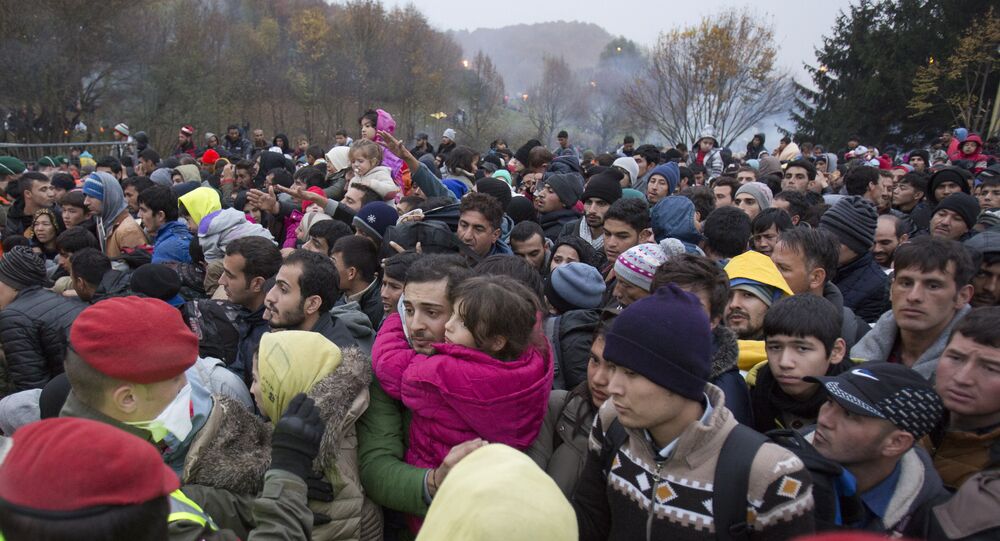 The decision to fortify the border and provide firearms to police officers is reportedly to ensure adequate control of migration flows from the rest of Europe, with migrants aiming to reach Western Europe via Slovenia, Croatia and other states.

With population just over 4 million people, Slovenia has been cooperating with neighboring Croatia to catch illegal migrants during patrols.

Balkan nations fear that a large number of refugees will attempt to break through the border of Bosnia into Croatia, near Velika-Kladusa. A crowd of 20,000 migrants is supposedly preparing to cross the border ahead of signing of the UN Global Compact for Safe, Orderly and Regular Migration pact.

The non-binding agreement aims to make migration safe and orderly amid issues of national sovereignty and international cooperation, according to UN officials.

UN member states are meant to sign the pact during a UN meeting in Morocco on 10-11 December.

The United States, Hungary and Austria have refused to sign the agreement. Austrian PM Sebastian Kurz said he viewed some points of the migration pact very critically, such as the mixing up of seeking protection with labor migration.

Balkan states, which have largely been on the receiving side of the European migration crisis, serve as a transit zone for migrants seeking to make their way to Germany, Netherlands, Britain and other western-European nations.