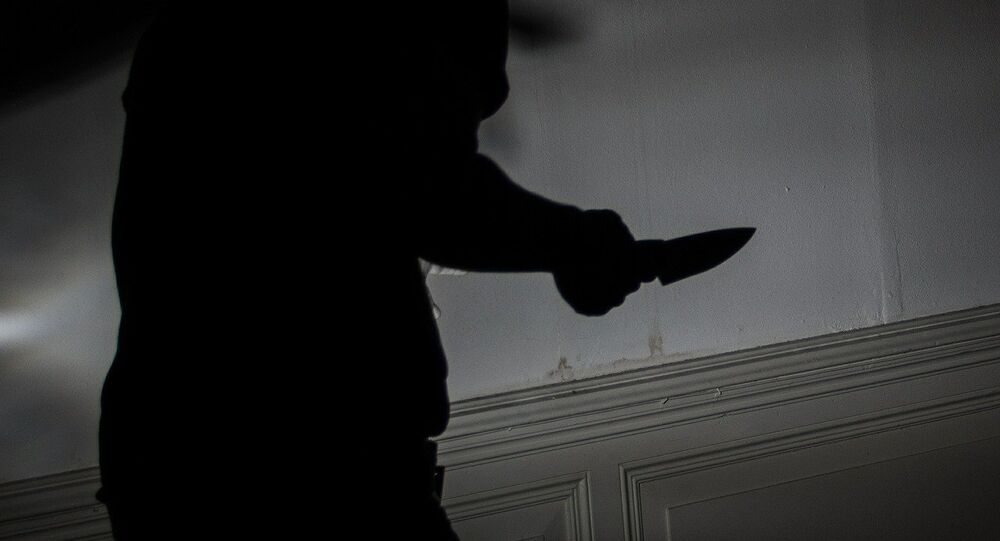 High schools in London should consider staggering closing time in an attempt to prevent more teenagers from being stabbed after class, according to NHS trauma specialists who are calling for knife crime to be seen as a public health issue.

New research reveals children are most of the risk of being attacked between the hours of 4 pm and 6 pm when they are on their way home from school. The study published by the British Medical Journal found a "sharp increase" in the number of 14 — 16-year-olds ending up in Accident and Emergency wards.

Royal London doctors revealed 22 percent of all victims were attacked in areas close to their home and school after classes finish; teenage boys from poor backgrounds in urban areas are at "particularly high risk", the study found.

© Photo
Banning Music "Won't Stop Kids Dying" - Says Founder of UK's 1st Hip-Hop School
By focusing on a major trauma center in London, researchers were able to analyse the number of patients receiving treatments for knife wounds. Out of 3,000 patients in one year, 25 percent arrive at a hospital with knife related injuries and more than half of all patients were under the age of 25.

The younger the patient, the more likely it was they were attacked near their home.

This 15 year old kid went to the same school as my son. On Thursday evening he was stabbed and murdered 100 yards from his house going to Morleys for chicken. Police cuts and austerity are contributing to #knifecrime epidemic whilst both @jeremycorbyn @theresa_may play politics pic.twitter.com/1cUE7Ka16v

There has been a major shift towards younger victims over the past few decades. The graph on the left is from a 1987 paper from East London (https://t.co/EWSsvwHYFa), on the right is from our paper today pic.twitter.com/wpkeC5alqB

#TSG #U223 just chased a 16 year old & caught him with this down his pants @MPSHackney. At 11am! Another death avoided! Any Q’s? Ask away! #retweet #Stopandsearch works! #KnifeCrimeEpidemic @MayorofLondon @metpoliceuk pic.twitter.com/LC2G1RgT9y

"There were significant differences in the timing and location of injuries, with younger patients tending to be stabbed earlier in the day and closer to home."

The study's authors suggest the results present a tangible opportunity to prevent more knife crime attacks, "specifically, the period immediately after school" leading to many anti-knife crime campaigners to call for parents to pick up their children from school.

Lots of opinions on our study of stabbed children. https://t.co/7fPj6sWTfb. For me, the key messages are:

*Violence is now endemic in London
*Children are exposed to extreme violence simply because of where they live and go to school
*The solution is bigger than the police.

Knife crime reached a seven-year high in 2017 and half of all stabbings seen at the Royal London Hospital involve multiple injuries which supports the academic observations of increasing intensity of knife crimes with the majority of fatalities involving children.

The BMJ study is published at the same time five people were stabbed in separate attacks in six days in London.

Our @metpoliceuk officers are working around the clock to keep our city safe.

Tonight, extra officers from the City Hall funded Violent Crime Taskforce are again out in force — using a range of tactics to tackle violent crime & protect our communities.pic.twitter.com/P3vG414JSQ

The finger of blame is being pointed towards London's mayor Sadiq Khan, while others decry the continuous cuts to the Metropolitan Police Service and youth services across England and Wales for perpetuating the crisis.

The gov @10DowningStreet @theresa_may will continue to try to blame @SadiqKhan for THEIR failure to invest in young people, their police cuts, their destructive austerity agenda. I see how poverty erodes families. This is on them. #KnifeCrimeEpidemic

You can't blame the police for lack of resources. They have been shouting about it for years. You can't blame children dying on our streets in the UK on them.
Direct it go the people who are destroying them and the #NHS #KnifeCrimeEpidemic look to your #MP