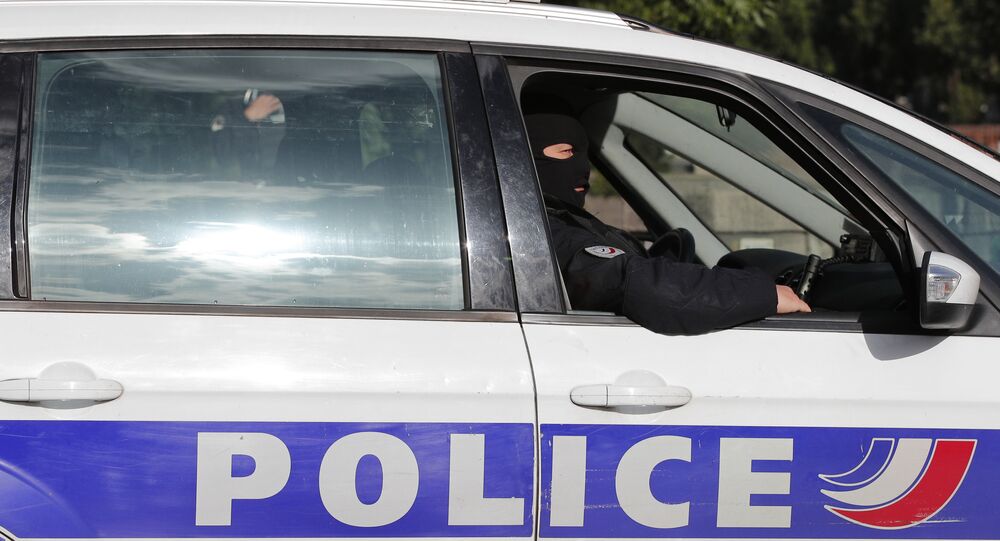 A search of the suspect’s residence yielded a replica of an assault rifle, as well as video recordings featuring the suspect himself imitating a car bombing and inciting people to attack “infidels.”

French authorities have apprehended a group of suspects, including a 19-year old Syrian national who entered the country illegally and who was allegedly plotting a terrorist attack, BFMTV reports citing its sources.

The suspects were arrested last week during a police operation in the city of Le Mans, as part of an investigation into a viral video featuring a man swearing allegiance to a terrorist group known as Daesh*.

© CC0
Threat by Jihadist 'Wives and Children' and How France, Britain Deal With It
A search of the young Syrian’s apartment yielded a replica of an AK assault rifle, as well as video recordings of him imitating a car bombing and calling people to attack "infidels."

In 2015, Paris became the site of the deadliest act of terror in French history when gunmen and suicide bombers carried out separate attacks at several sites, almost simultaneously: outside an ongoing France-Germany football match at the Stade de France stadium in the suburb of Saint-Denis; the Bataclan concert hall and at Paris cafes, leaving a total of 130 people dead and some 368 injured.

Daesh claimed responsibility for the attacks, insisting that they were carried out in retaliation for French airstrikes on terrorist targets in Syria and Iraq.