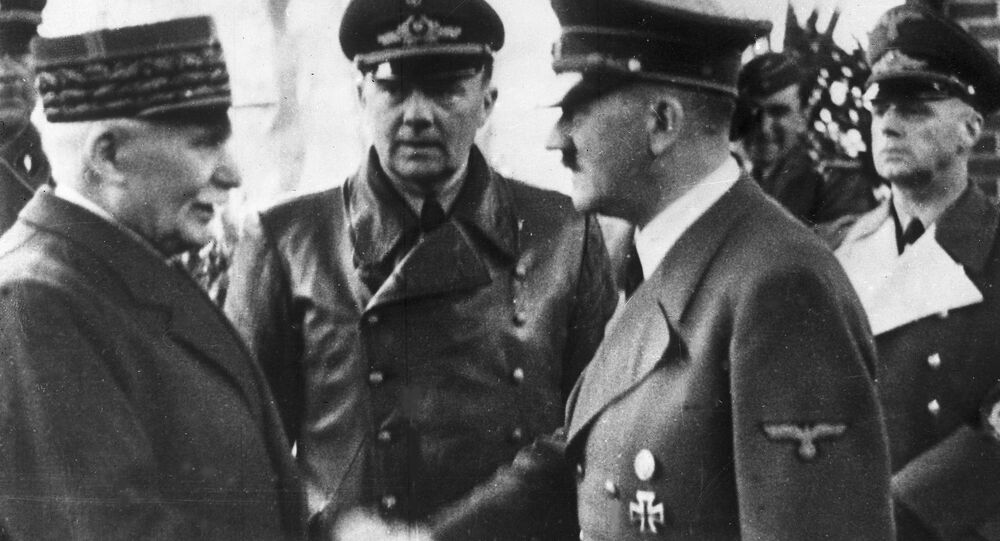 An umbrella organization of French Jewish groups have criticized the French leader for paying tribute to a World War I Marshall Philippe Petain, who ended up becoming a Nazi collaborator later in history.

The president of the Representative Council of French Jewish Institutions (CRIF), Francis Kalifat, reportedly said he was shocked by Macron's statement on Wednesday.

"Petain was the person who allowed the deportation of 76,000 French Jews to death camps. Petain signed the (law on) the status of Jews that meant Jews were excluded from public function, education and forced to wear the Jewish star," he added.

CRIF posted a message on Twitter, saying that the only thing the were to take away from Petain is that he's been, in the name of the French people, stricken with national indignity during his trial in July 1945.

On his six-day commemorations tour to mark the 100th anniversary of the end of World War I, French president Emmanuel Macron said that Petain was a great soldier during WWI, even though he made "fatal choices during the Second World War."

"My role isn't to understand that it's shocking or to comment about people. My role is to try to explain, be firm in my convictions, face our history," he added.

Petain ruled the so-called Vichy France regime that collaborated with the Nazis during WWII and played a major role in the 1942 deportation of 13,000 Jews from France, a third of whom were children.

What is this innate desire to torpedo himself?

For me, this individual speech isn't the issue. The craziness starts with this idea of honouring him at Invalides in the first place. It's disrespectful. And as far as justifications go, this is pretty insufficient.

Big row in France today after Pres. Macron described Nazi collaborator Philippe Pétain as a "great [WWI] soldier". This is the infamous handshake with Hitler at Montoire in 1940. Interpreter Paul-Otto Schmidt (who translated for Neville Chamberlain during Munich crisis) in centre pic.twitter.com/8OCDXWCd9W

The spokesman for the French government responded to the comments, saying the issue was merely a "false controversy."