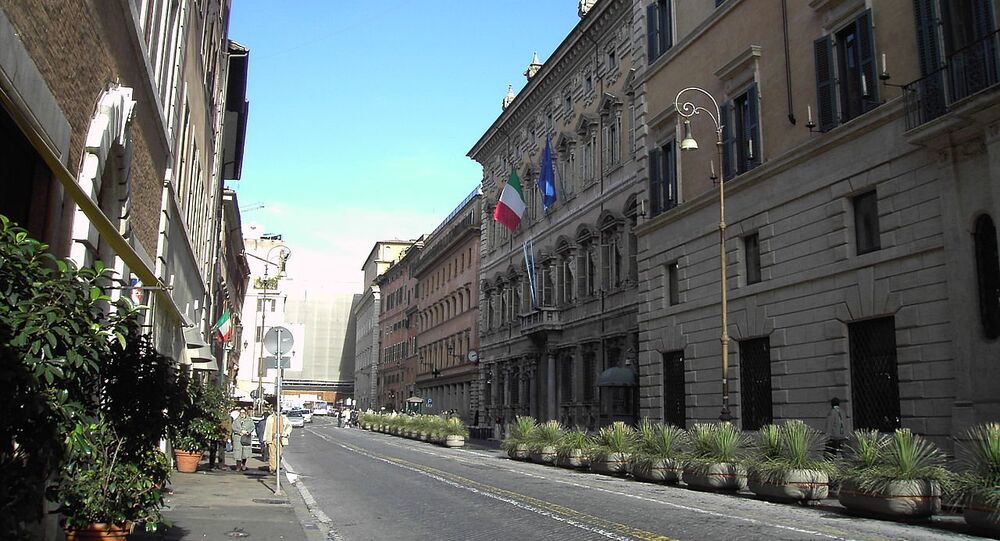 In early June, Italian Interior Minister Matteo Salvini said that Italy could not remain Europe's "refugee camp" while neighboring countries close their borders and defend their borders with weapons.

The Italian government won Wednesday a confidence motion on a security decree that tightens immigration regulations, limits the right to asylum, and bolsters anti-terrorism and anti-mafia rules.

Following the vote, Salvini turned to Twitter to comment on the Senate's decision. "Salvini decree, a historic day," the official wrote.

​Last month, a conflict between Italy and France emerged after a French police van was spotted dropping off two presumed migrants in the woods close to the Italian municipality of Claviere near the French border despite the two countries not having an official agreement on the return of asylum-seekers.

© AFP 2021 / DENIS CHARLET
Police Discover 21 Migrants Huddled in Refrigerated Lorry in Sussex
A week later, Salvini announced that police patrols had been sent to "control and guard the border" in Claviere after gendarmes had ostensibly dropped a group of migrants in Italy.

Italy, one of the first entry points for migrants in Europe, has been seeking to review the Dublin Regulation, which allows for refugees to be sent back to the country where they first entered the continent. Rome claims that the regulation is inadequate for managing migration flows and calls for a fairer migrant resettlement system.