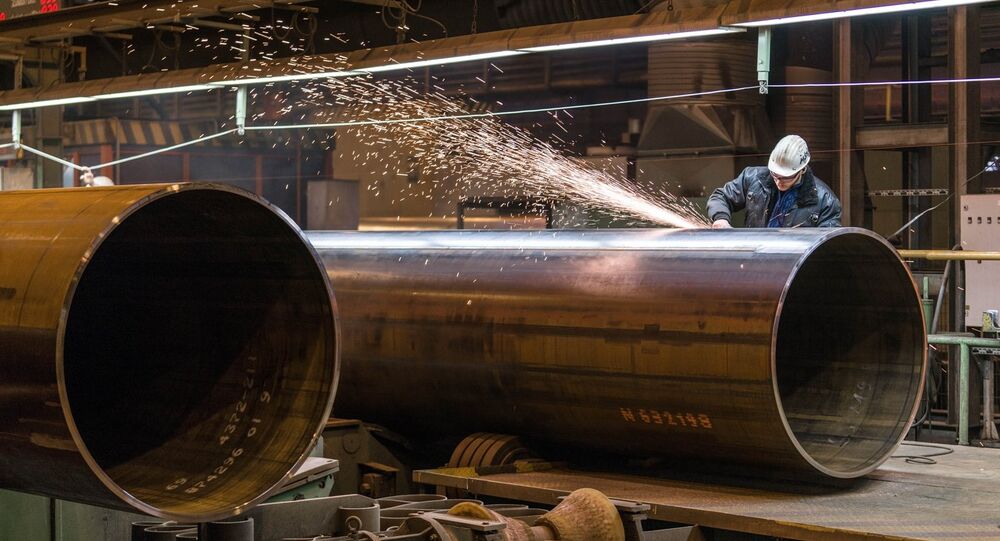 MOSCOW (Sputnik) - Nord Stream 2 AG, a Swiss-based firm behind the construction of Gazprom’s gas pipeline across the Baltic Sea, said Tuesday it had laid over 124 miles of pipes.

"The Nord Stream 2 Project is progressing as planned. Over 200 kilometers of the pipeline has been laid in the Baltic Sea to date," the company said in a press release.

The project seeks to deliver Russian natural gas to Germany and other EU countries, bypassing Ukraine. Some 20 pipe-laying vessels are working simultaneously to ensure its timely completion.

According to the press release, all works are being carried out in accordance with the received permits.

The estimated cost of the pipeline is almost $11 billion; Gazprom's partners in Europe – France's Engie, Austria’s OMV, Royal Dutch Shell, and Germany's Uniper and Wintershall – pledged to finance 50 percent of the project. It is expected to come online by the end of next year.