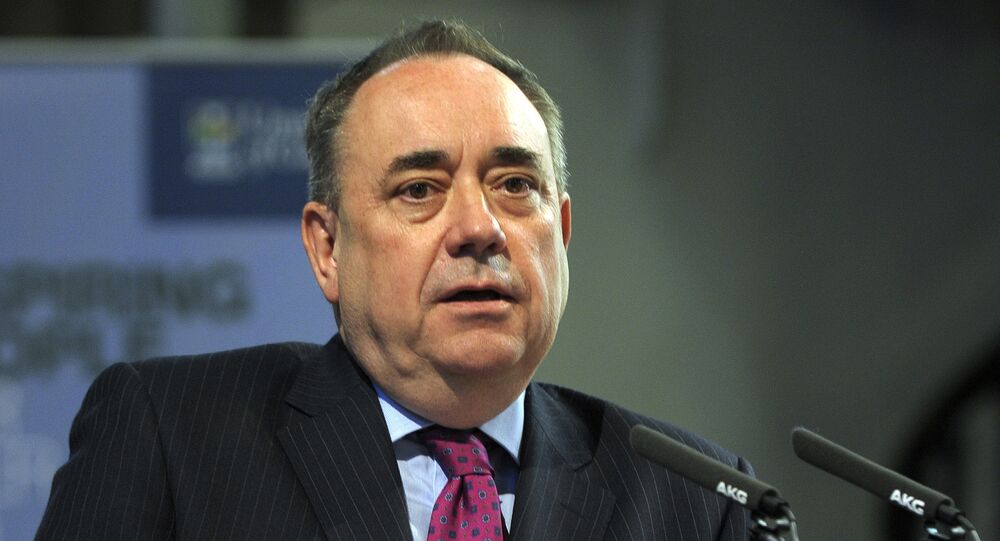 Former Scottish first minister Alex Salmond was not sufficiently informed about the two sexual harassment allegations levied against him, lawyers acting on the former first minister's behalf have said.

Judge Lord Pentland said that the Scottish government lawyers would argue that those acting on behalf of Salmond do not "have a relevant case as a matter of law" and that the former head of state had been given "the gist" of complaints against him.

Scottish government prosecutor Christine O'Neill said that Mr. Salmond was clearly told about the formal complaints in January and that "they were investigated in terms of the procedure".

But Salmond's defense lawyer Ronny Clancy QC stated that he and his client were not given adequate information about the allegations.

© AP Photo/ Scott Heppell
Ex-UK Envoy: Allegations of Salmond's Sexual Misconduct Fit Up to Discredit Him
Prosecutors launched the civil action in August after a Scottish government inquiry into sexual misconduct allegations surfaced, where two government staffers complained to authorities in January about his conduct while Mr. Salmond was first minister.

A spokesman for Mr Salmond said that the hearing on Tuesday was "procedural" and ensures that "parties are prepared for the substantive judicial review, which takes place over four days in January."

"We have no comment to make beyond that Alex is looking forward to the opportunity to have his full case stated and we will do our talking before the court of session in January," the spokesperson said.

A Scottish government spokesperson said that the complaints the government had received in January "could not be ignored or swept under the carpet" and that it was "confident our processes are legally sound and we will vigorously defend our position.

"There are a number of inaccuracies in some of the public statements that have been made and these will be addressed in court," the spokesperson continued, adding that for legal reasons, Holyrood could "make no further comment on the issues relating to Mr Salmond at this time."

The former SNP leader accused the Scottish government of refusing him access to evidence or to present witnesses, denying him "natural justice". Judge Lord Pentland has requested both sides to set a chronology of events before the official case set to take place starting January 15.

Ex-UK Envoy: Allegations of Salmond's Sexual Misconduct Fit Up to Discredit Him