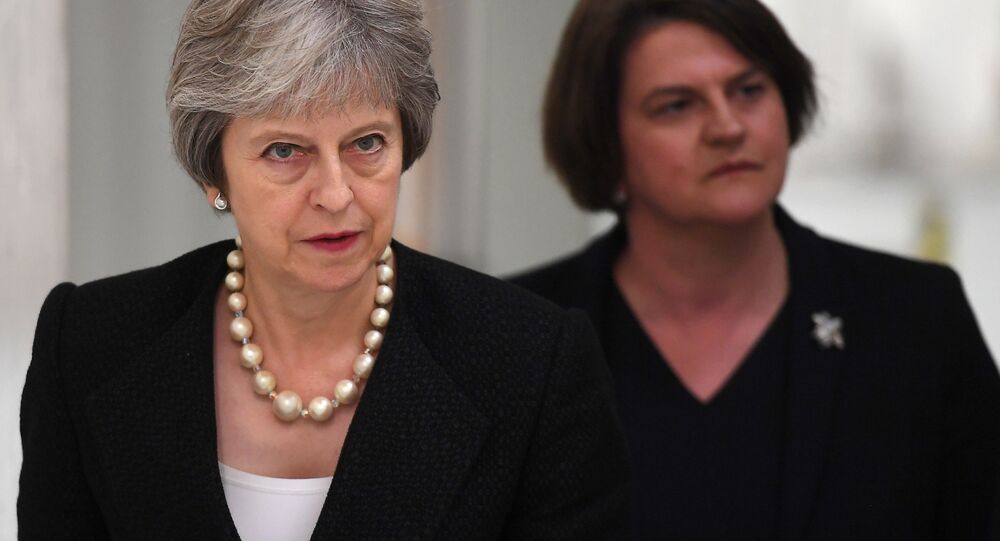 May Says EU Withdrawal Won't Be Finished 'At Any Cost', UK 'Heading for No Deal'

Embattled UK Prime Minister Theresa May told her cabinet an EU withdrawal agreement wouldn't be finalized "at any cost", as ongoing issues over the Irish 'backstop' continues to be a severely fractious issue between Westminster, Brussels, Belfast and Dublin.

May offered her desperate reassurance at the start of a three-hour cabinet meeting, during which ministers discussed the "mechanism" for ensuring the backstop wouldn't be permanent.

Brexit Minister Dominic Raab, who shocked the Irish government recently by demanding Westminster reserve the right to end the customs alignment with Brussels should the issue prove intractable, told mainstream reporters stood outside 10 Downing Street after the meeting "thumbs up" — suggesting he may have been promised such a clause. 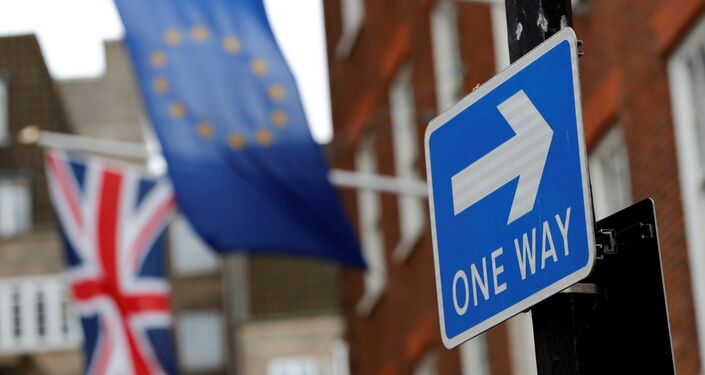 © REUTERS / Stefan Wermuth
A traffic sign is seen in front of European and Union flags in London, Britain
Whitehall indicated it will be developing its own alternative proposal to the backstop, to ensure it's not an indefinite measure — but also warned it will take time to finalise, and there's "a lot of work to do". Ministers will meet again before the final deal is agreed.

The meeting was held after May raised the Irish backstop issue with Irish Taoiseach Leo Varadkar in an unscheduled phone call November 4. The Irish government said the pair discussed a "review mechanism" in which the backstop could be ended only by mutual consent — but Downing Street's summary of the call was somewhat different, making no mention of any"review mechanism".

Whatever the truth of the matter, May needs to secure the backing of the cabinet, the sole remaining sticking point in Brexit talks that need to be concluded by the end of November. 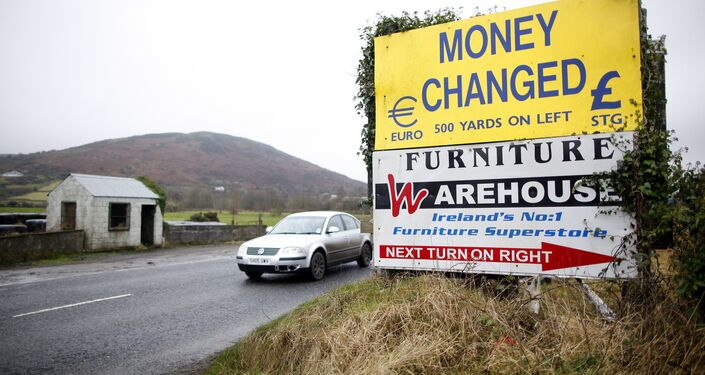 © AP Photo / Peter Morrison
A motorist crosses over the border from the Irish Republic into Northern Ireland near the town of Jonesborough, Northern Ireland, Monday, Jan. 30, 2017

A backstop is believed necessary to ensure there's no reimposition of a hard border in Ireland in the event the UK and EU are unable to agree a long-term free trade deal after the end of the Brexit transition period in 2020.

It would involve some or all of the UK remaining in the customs union until concord is reached — but several cabinet members are concerned a backstop arrangemens could be exploited by Brussels to pressure the UK during free trade negotiations — and Britain could also effectively be left in a long-term limbo, still in the customs union without any say in decision-making, as a result.

Looks like we’re heading for no deal. Such an outcome will have serious consequences for economy of Irish Republic. In addition, UK won’t have to pay a penny more to EU, which means big increase for Dublin. Can’t understand why Irish Government seems so intent on this course. https://t.co/1L4WF1n85N

​For its part, the Democratic Unionist Party's chief whip Jeffrey Donaldson has warned it "looks like we're heading for no deal" via Twitter, a message in response to Irish deputy prime minister Simon Coveney who earlier insisted a backstop could only be feasible if it didn't come with a time limit or the ability to be ended by the UK.