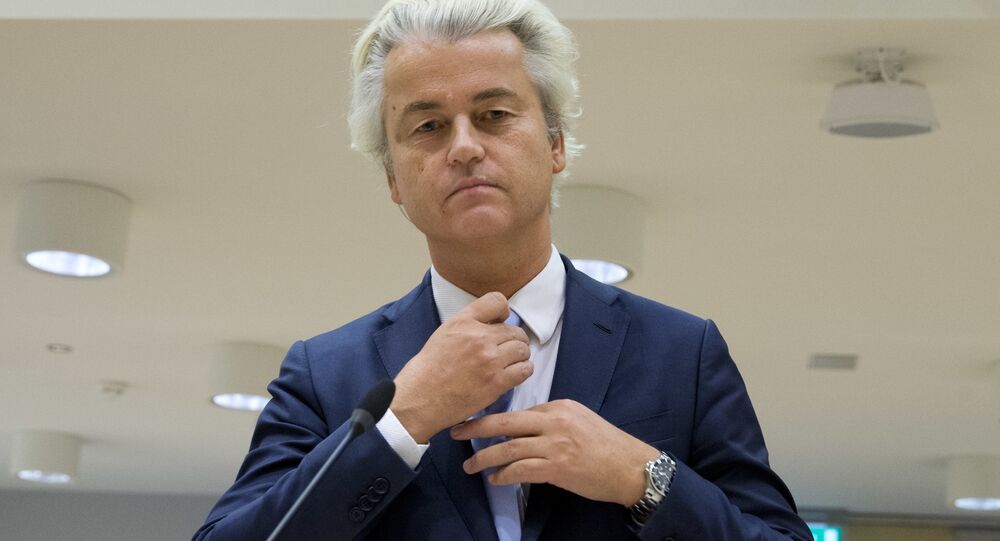 Geert Wilders, the head of the Netherlands' opposition right-wing Party for Freedom, or PVV, is known throughout Europe for his promises to ban the Koran and close down mosques. In late August, death threats from Muslims prompted him to cancel a planned Prophet Muhammad cartoon competition.

The Turkish Islamic Cultural Federation (TICF) has sent a letter to Twitter demanding a "permanent ban" of Dutch right-wing lawmaker Geert Wilders "due to continuous publications on his Twitter account of messages, images and other content which is a display of hateful conduct."

The federation, which represents 144 Turkish mosques in the Netherlands, pledged to lodge a legal action against Twitter if the social network keeps mum on the TICF's formal request to ban Wilders within three weeks.

TICF's lawyer Ejder Kose warned that "going to court is the last thing we want to do but if we have to, we'll do it."

"Twitter provides Wilders with a platform to spread his hatred worldwide. This means that not only Wilders, but also Twitter, is punishable in those countries. The world is bigger than the Netherlands," Kose pointed out.

According to the TICF, some of Wilders' tweets ran counter to Twitter's guidelines and the laws of countries such as Indonesia, Morocco, Pakistan and Tunisia.

Wilders, who heads the Netherlands' opposition right-wing Party for Freedom, or PVV, is internationally known for his anti-Prophet Muhammad remarks and controversial statements about migrants.

© AFP 2021 / JACQUES DEMARTHON
Letter Comparing Islam to Anti-Semitism Sparks Backlash in France
Last August, he announced his decision to cancel a planned Prophet Muhammad cartoon competition, referring to death threats from Muslims and concerns that other people might be in danger.

Wilders' plans for the cartoon contest sparked fierce opposition from the Muslim world, especially Pakistan, given that physical depictions of God and the Prophet Muhammad are forbidden in Islam.