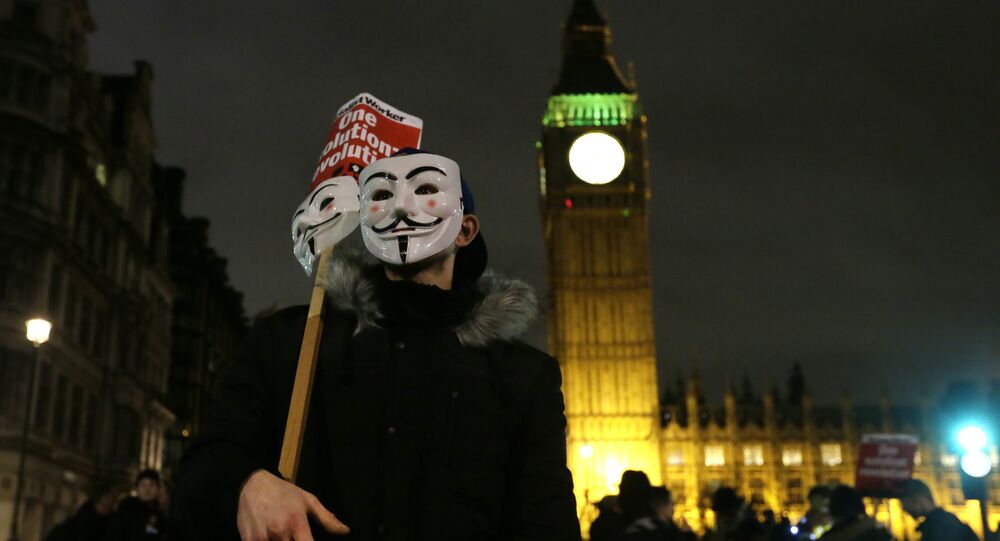 First held in the UK capital in 2013, the anti-government protest — in which attendees typically wear Guy Fawkes masks of the type popularized by graphic novel V for Vendetta — has become a global phenomenon, with similar actions convened in hundreds of cities worldwide every year.

Speaking to Sputnik in the hours before the event, ‘Million Mask March London' note while protesters' objectives "will vary in different countries", their common, collective goal — as "always" — "is justice and freedom for all".

"Our united stance against corruption and worldwide state oppression and surveillance unites us all under the banner of Anonymous. Tonight we will see marchers unite across the globe from Gaza to the Vatican, and as such marchers will march for many personal reasons. Our key issues will always be the protection of whistleblowers, human rights, standing up to infringements of the right to privacy, mass surveillance, and securing an open internet for all. Other causes we stand united on are austerity, equality and the erosion of civil liberties, to name a few," the group says.

The Million Mask March is perhaps best described as Anonymous' physical manifestation — but the London organizers are quick to state its "best work" is carried out on the internet, and many concurrent web-based ‘ops' are promised.

One particular beneficiary of this heralded mass-action online will apparently be Julian Assange. There will be "much done" in both the digital and analog world for the embattled WikiLeaks founder over the course of November 5 — "Ecuador's official website has already been hit a few times" — and also in honor of the "brave actions" of those who supplied the classified information publisher with material, such as Jeremy Hammond. In 2013, the Chicago-based hacktivist was jailed for 10 years for hacking into the internal servers of private intelligence firm Stratfor, which he subsequently provided to Assange's organization. 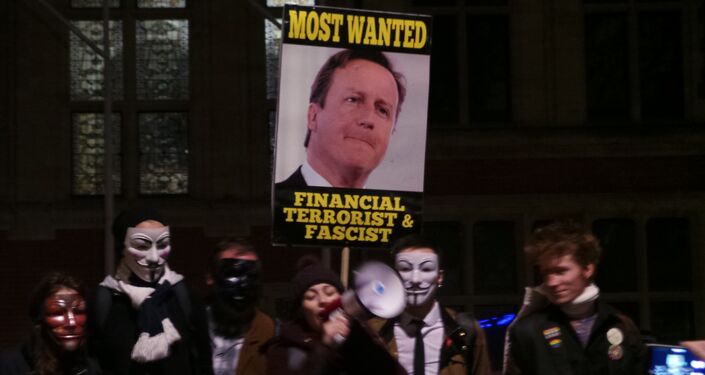 "This year we can celebrate many victories, especially the blocking of Laurie Love's extradition to the US and the legal precedent that was set. But we have also faced some losses — we dedicate the 2018 march to fallen Anons, like Sue Crabtree, Sarah Jane and Lola. They will be missed by many tonight. We call on all activists seeking change to the current corrupt system, and indeed all people, to join us and show their contempt for those who govern us. We've seen the Tories' destruction of civil liberties, pushes to make the internet yet another part of the surveillance state, disregard for migrants, poor, elderly and disabled. We've seen our environment destroyed for profit, while child poverty and homelessness hit record highs. We say enough is enough, there is a better way," Million Mask March told Sputnik.

Ever since its inception, the event has been well-attended, and it's drawn an ever-increasing number of participants year-on-year. Proceedings have occasionally turned anarchic, with flares let off and buildings damaged — notoriously, the 2016 event led to 53 arrests (compared with just 15 in 2013), and resultant mass chants of "f*** the police!".

Despite the detonation of many fireworks in Trafalgar Square and outside Downing Street, 2017's Million Mask March saw a comparatively trifling total of 25 taken into custody. Still, authorities are taking no chances this year, with a heavy riot police presence promised, several nearby roads partially or fully closed, and strict restrictions on protest actions — the protest starts at 6pm and ends 9pm, and protesters must stick to a prescribed route between the Square and Whitehall.

Anyone who breaches these directives could be arrested for public order offences — however, Million Mask March London claims it has "neither read nor acknowledged" instructions imposed on the event by "the fist of murderous governments". 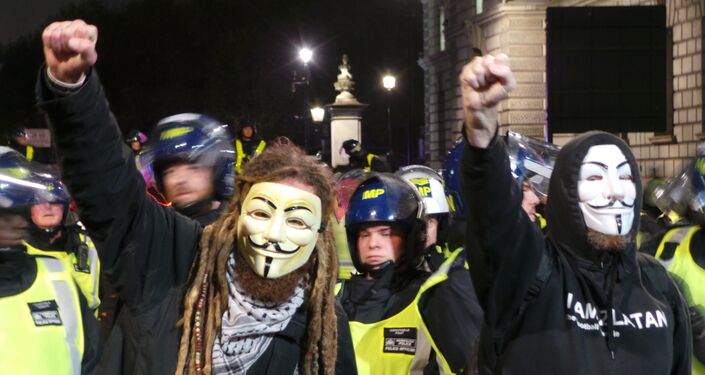 In any event, given the treatment of Million Mark March protesters in other countries — some of which are said to be "the most oppressed in the world" — the Metropolitan Police don't frighten Anonymous.

"Those marching in such countries do so at great danger to themselves in a bid to get the world to open their eyes to their suffering and despair. We've seen Anon masks covered in blood, their owners shot — to these brave souls, we are eternally grateful. Our spontaneity and unpredictability is our great strength and what states struggle to contain. We suggest crowds move united reacting to every step police take — be wary of kettles and large vehicles, and utilise side streets", Million Mark March London told Sputnik.

Still, the group urge vigilancy, reminding all attendees they don't need to answer police questions — whether asked on the street or in a station interview room — or give personal details under stop and search powers, as "police may try to deceive and pressure" individuals into incriminating themselves.

© REUTERS / Elizabeth Shafiroff
Million Mask March: Hacktivists Against Mass Surveillance
12
Participants in previous marches have been arrested for refusing to give their details when challenged by officers — but the organization claims they've "been released by the courts the next day without ever having to divulge personal data".

Anyone planning on livestreaming the event is requested by Million Mask March London not to capture people's faces, and be careful they don't assist in the gathering of information on protesters. Warm, black clothing is advised, and umbrellas can "block police eyes in the sky", but while police "will be trying to film faces", masks are optional, as scarves "do the job just as well".