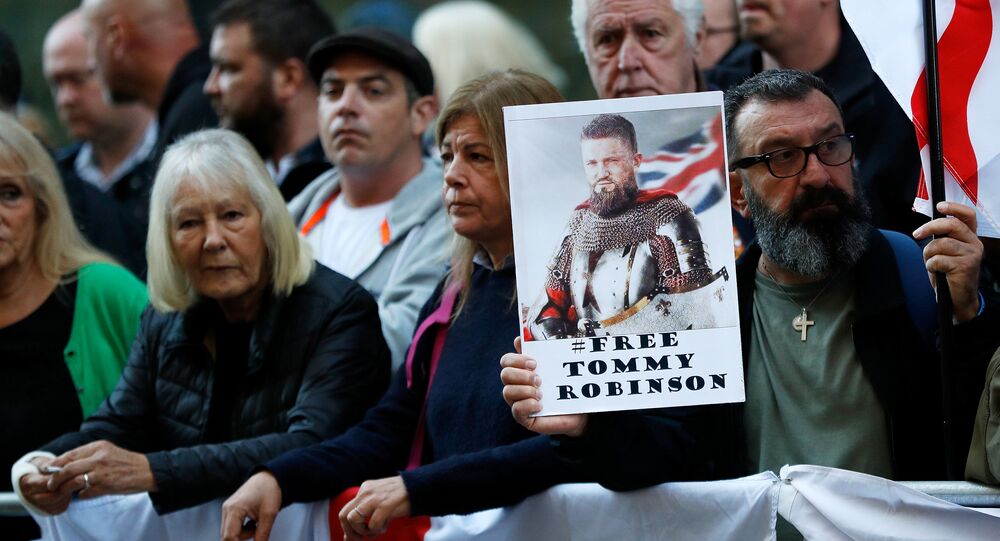 English Defence League founder Tommy Robinson, whose real name is Stephen Yaxley-Lennon, was released on bail on Monday. The right-wing activist was released after a court hearing on his contempt of court case.

© AFP 2021 / Daniel LEAL-OLIVAS
Robinson Blasts UK Judge Over Giving Bail to Gang Rapists, Denying One for Him
Mr. Robinson denies he breached the Act, but broadcasting may contradict his statement and prejudice the trial.