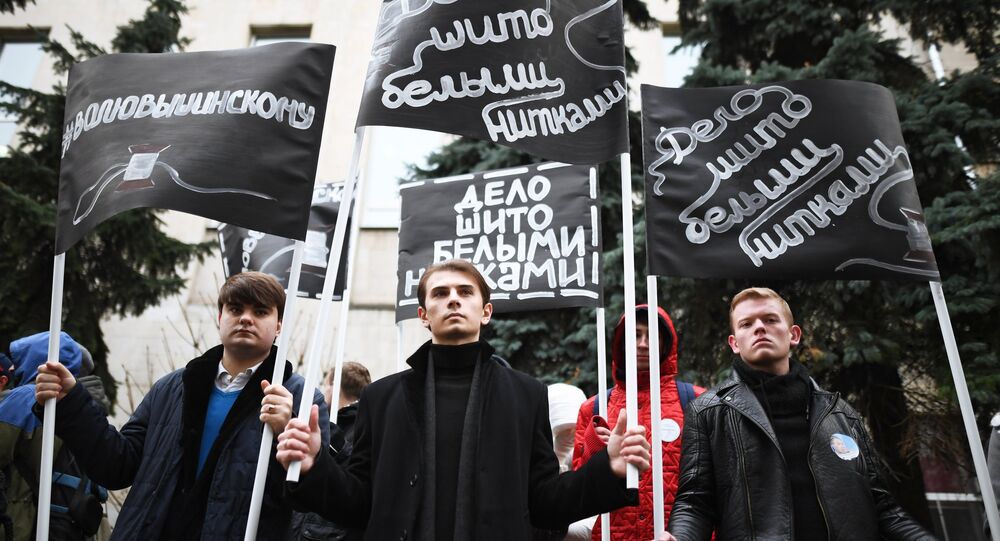 "I mailed it [since] I'm in Kiev, not in Kherson. The appeal has been sent by mail, and we are waiting for the answer," Domansky said.

He noted that the appeal had been submitted to the Kherson court of appeal.

"We hope that the appeal will be considered as soon as possible," Domansky said, adding that one of Vyshinsky’s lawyers planned to visit him in the detention facility later in the day.

Vyshinsky was detained in Kiev on May 15 on suspicion of supporting the breakaway republics of Donbas and on treason charges. The maximum penalty for such offense is 15 years of imprisonment.

Putin has said that Vyshinsky's arrest was politically motivated, adding that the incident demonstrated an unprecedented and unacceptable policy of Ukrainian authorities targeting journalists who were just doing their jobs. The Russian Foreign Ministry lodged protests to Kiev, calling on it to stop the crackdown on media.