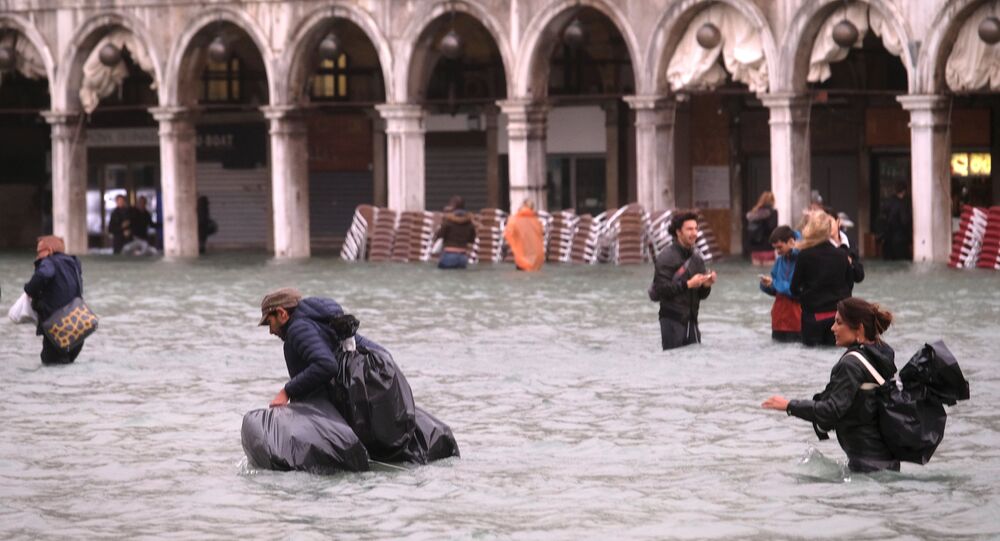 For several days Italy has been suffering from heavy rains and storms that have devastated parts of the country taking the overall death toll to at least 17 people.

Twelve people have died in floods, including two children, around Palermo on the southern Italian island of Sicily, a spokesman for the Sicilian capital's Prefecture said.

"There are still some people missing," he noted.

The Agi news agency reported that a family of nine had been found dead in their house in Casteldaccia.

Territories from the far northeast to Sicily in the southwest have suffered significant damage from the storms, with the worst occurring in the northern regions of Trentino and the region around Venice where villages and roads have been cut off by landslides.

Heavy storms that hit Italy's northern regions earlier this week have caused one billion euros ($1.1 billion) worth of damage to the country's Veneto region, according to Veneto Governor Luca Zaia.