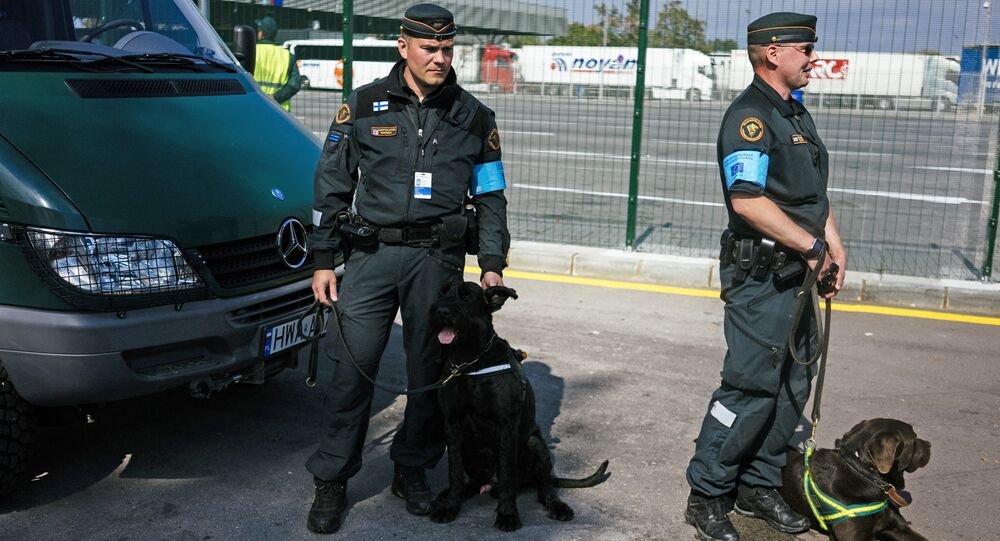 According to Kai Mykkänen, this step will promote fairer representation and foster trust among all population groups. However, his push for more diversity in Scandinavia's most homogeneous country didn't go sit well with all Finns. Even the immigrants themselves haven't been too keen on joining the police.

Finnish Interior Minister Kai Mykkänen has called for all ethnic minorities to be represented in police departments across Finland, the newspaper Uusi Suomi reported.

The minister representing the center-right National Coalition Party argued that this would promote inclusion and make all population groups feel that the police are there for them.

"Fostering trust among all population groups requires determined efforts from the police, a part of which is student recruitment. Attracting young people of immigrant backgrounds to police studies strengthens trust and interaction between the police and minority groups," Mykkänen stated during a police event in Helsinki.

According to Mykkänen, the Police University College and Helsinki Police Department have already changed their routines in order to attract more young people of immigrant backgrounds, which, in turn, will set an example to security authorities.

"I hope the security authorities work actively to ensure their future employees represent the whole population of Finland," Mykkänen said.

The interior minister also stressed that his discussions with representatives from the Police University College indicate that migrants' previous experience with police, often in their home country, are a major obstacle in their way to pursuing a police career themselves.

"Parents don't often encourage their offspring to pursue policing. That's why old recruitment methods aren't necessarily effective when it comes to this target group," he ventured.

While many hailed Mykkänen's proposal as fair and modern, it also spurred a lot of negative reactions from ordinary Finns.

"So now the Somalis will make it to the police? Surprise!" another user wrote, suggesting that Mykkänen had "lost it."

"So, a police patrol will include two policemen. One will speak Finnish, while the other will try their best to understand what they are talking about," yet another user tweeted, questioning the efficacy of such integration.

Others addressed the issue of racism within the Finnish police, recalling last year's report of ethnic profiling, together with a secret Facebook group with 3,000 police officers, where overtly racist discussions were held.

"The big problem seems to be that the police themselves do not recognize the issue of structural racism and are still wondering why people are not really interested in the police as a working environment," user Harri Simolin tweeted.

The Finnish Police has over 7 000 officers and currently includes people whose mother tongue is Estonian, Russian, English, Spanish and Arabic.

About 7 percent of the Finnish population is of foreign origin, with Swedes, Estonians, Russians, Iraqis and Somalis being the largest immigrant groups.

Grown-Ups Only: Finland to Close the Door for Minors to Marry