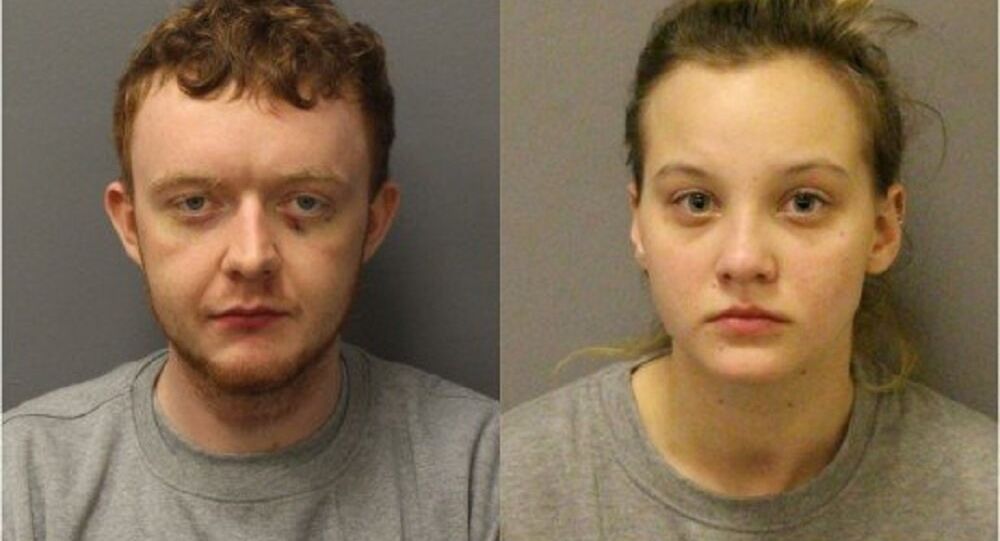 Sex Addict, Who Got Girlfriend to Help, Jailed for Life for Transgender Murder

Jesse McDonald has been ordered to spend at least 20 years behind bars for stabbing to death a transgender woman he met on a swingers' website. McDonald roped his 18-year-old girlfriend into helping him after claiming he had been kidnapped, drugged and raped by someone with HIV.

McDonald — who was a sex addict — found Hersi on a website called fabswingers.com and they spent three days having drug-fuelled sex at her apartment in north London in March this year.

He then took her to a hotel near Heathrow airport, where he killed her.

McDonald then persuaded his 18-year-old girlfriend Natalie Darkowska to come over and help him clear up, after telling her he had been kidnapped, drugged and raped by someone with HIV.

Worldwide, the average age of a trans woman of colour is 35 years old. Not because of natural causes, but statistically we are more likely to be murdered or commit suicide. This has to change. Rest in peace Naomi Hersi. pic.twitter.com/qJfvFXLRM5

​He was convicted of murder at the Old Bailey in London last week and on Thursday, November 1, he was jailed for life with a minimum tariff of 20 years.

Darkowska was convicted of perverting the course of justice and will be sentenced later this month.

Cheated on His Girlfriend and Then Asked For Her Help

The trial heard McDonald left his girlfriend's home in Wiltshire on March 12 and arrived home in London at 10pm.

Less than an hour later he had logged onto the swingers website and made contact with Hersi, who was born Mohammed, but manifested as a woman.

​They spoke on the phone at 10.48pm and agreed to meet up that night.

Just before midnight McDonald drove his BMW over to her apartment in Mill Hill, where he remained for the next three days.

McDonald repeatedly ignored calls from his girlfriend but at 1am on March 16 he suddenly texted Darkowska saying he had "been a f***ing idiot" and had "got addicted to a nasty drug."

McDonald insisted to Darkowska "he had not cheated" but claimed Ms. Hersi had held a knife to his throat after they took crystal meth together and had then attacked him after giving him the date rape drug GHB.

Darkowska rushed to the hotel room where she found Ms. Hersi's body on a pool of blood on the floor of the bathroom.

She helped McDonald clean up the blood and eight hours later the couple left on foot.

McDonald also told his mother he had been chained up for days by a gang, drugged with GHB and repeatedly raped.

Ms. Hersi's body was found on March 18 and McDonald and Darkowska were arrested at another hotel in Teddington.

I am glad to hear that the murderer of Naomi Hersi has been found guilty of her murder.

He played to every transphobic trope to try and smear the name of the woman he killed in the hope that he could escape justice or get a lighter sentence.

May Naomi rest in power 💚

​McDonald lied to police about being bound and raped by Ms. Hersi, who had been stabbed in the chest, neck, arms, legs and back.

But detectives found CCTV footage of McDonald and Ms. Hersi walking around together and going shopping in a supermarket, with no evidence he was being held against his own will.

"From day one of this murder, McDonald has spun lie after lie and tarnished the name of the victim by calling her the vilest names in front of her family," said Detective Inspector Tom Dahri.

"McDonald completely fabricated that he was kept against his will at Naomi's address and there was no evidence whatsoever that he had been raped by her. This was simply smoke and mirrors to portray himself as a victim. He is a cold and calculated killer who involved his girlfriend in attempting to clear up the mess that he had made. I am very pleased the jury saw through his tissue of lies," said Det. Insp. Dahri.