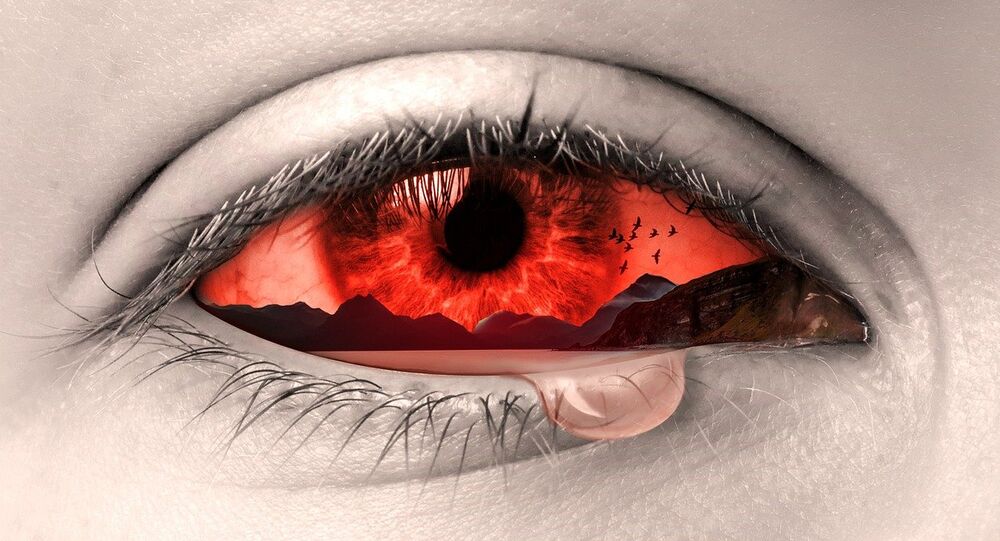 A middle-aged Italian man had not suspected any serious medical condition before blood began pouring from his eyes for a couple of hours prompting him to rush to an emergency department for a check-up.

According to a recent report in the New England Journal of Medicine, a 52 year-old Italian man turned to doctors for help after he started weeping blood, baffling the medical staff as they witnessed the phenomenon proceed for an hour before spontaneously stopping.

The man, who had suffered from the bleeding for several hours while at home, however, did not experience any trouble with his vision, nor showed any signs of trauma to his face. A close slit-lamp examination subsequently revealed hemangiomas on the inside of both eyelids, which had caused his tears to contain large quantities of blood.

The patient was formally diagnosed with so-called hemolacria,”a rare condition” that can be associated with bleeding “in the context of infection, inflammation, or trauma to the eye or surrounding structures, vascular tumors of the eye, or retrograde epistaxis,” the report by scholars Messina and Rozzano has it.

“For the eyelid hemangiomas, the patient began using timolol ophthalmic drops,” it concluded.

Earlier, there emerged reports of a 21 year-old woman from India, labeled a “witch” by her terrified husband, who had left her after she started crying blood.

‘Your Blood Will Freeze’: How Foreigners Seek Immortality in Russia

'Smell of Blood Remained for Months': Afghanis on US' Kunduz Hospital Attack