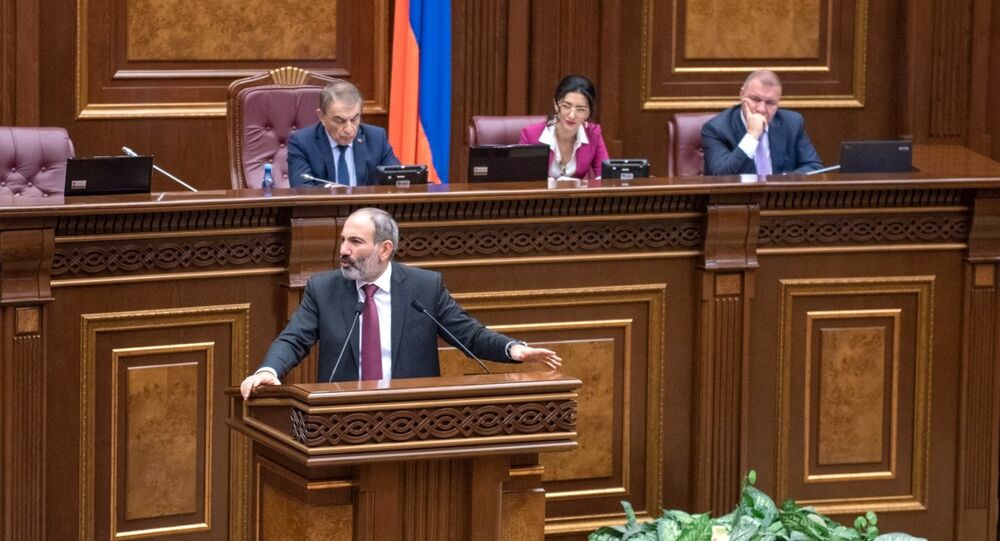 Armenian President Armen Sarkissian signed on Thursday a decree to dissolve the parliament and set new elections to the legislative body for December 9, his press service said in a statement.

"To set early elections for December 9, 2018. The decree comes into force from the moment of publication," the document says.

© Sputnik / Anton Denisov
Man Tried to Enter Armenian Gov't Building, Blow Himself Up - Security Chief
The parliament of Armenia at a special meeting on Thursday failed, for the second time, to elect the prime minister and, according to the law, should be dissolved.

In April, a political crisis and anti-government protests broke out in Armenia after Serzh Sargsyan, who had served as the country's president for 10 years, was appointed as the prime minister, which was regarded by people as his attempt to stay in power. Sargsyan was forced to resign and Pashinyan became the country's prime minister instead, pledging to implement a number of economic and political reforms.

Protesters Besieged Armenian Parliament With Over 70 MPs Blocked Inside (PHOTO)