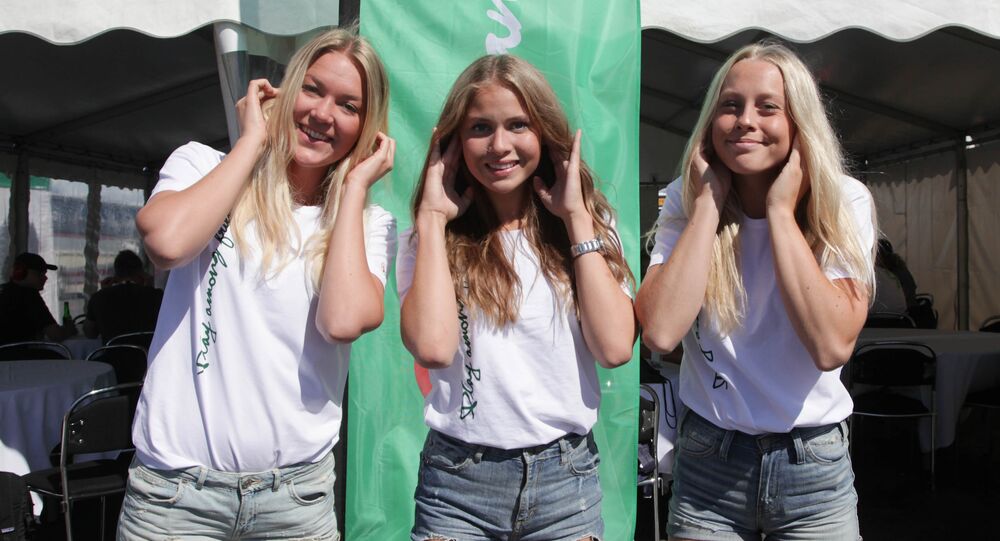 Pundits have ascribed this trend, perhaps surprising for a country that only four years ago elected its first female-majority "feminist" government, to feminism becoming more exclusive and alienating, amid the ongoing polarization of Sweden's political landscape as well as the aftermath of the #MeToo movement.

The proportion of Swedish men aged 30 and over who call themselves feminists has almost halved over the course of just four years. At the same time, the share of young women associating themselves with feminism has risen, the daily newspaper Svenska Dagbladet reported.

A survey conducted in collaboration with pollster Sifo indicated that only a quarter of men in the 30-64 age bracket identify as feminists, down from almost 50 percent only four years ago.

By contrast, the proportion of feminist-leaning women has been rising, especially in several key demographics. This year, the biggest increase was noted in the 15-29 age bracket, where 72 percent consider themselves feminist (versus only 44 percent in 2010).

Sifo director Toivo Sjörén attributed this phenomenon to feminism acquiring more left-wing connotations in recent years, which, in turn, may have prompted negative reactions in the increasingly polarized political landscape. Sjörén cited the influence of the Feminist Initiative and the Left Party (both are leftist, according to the Swedish political spectrum) as the explanation why voters increasingly see feminism as a left-wing concept.

"I believe many men see feminism as less inclusive, as yet another identity in the broad world of left-wing political beliefs," Åkestam told Svenska Dagbladet. She also signaled the rise of "feminist-critical" forces that "systematically portray feminism as an enemy."

The poll also revealed marked geographical differences in the spread of feminism. With the share of feminists hovering about 50 percent in central and northern Sweden, as well as the major cities, in southern Sweden only 23 percent identify as feminists.

Kristina Fjelkestam, a professor of gender studies at Stockholm University, ventured that the anti-harassment #MeToo movement, which took Sweden by storm and resulted in dozens of manifestos signed by various members of professional organizations ranging from doctors to the clergy and an extensive media campaign publishing accusations targeting alleged culprits, may have scared men away from feminism.

However, both Fjelkestam and Åkestam ventured that the plummeting support for feminism isn't tantamount to Swedes becoming less in favor of gender equality.