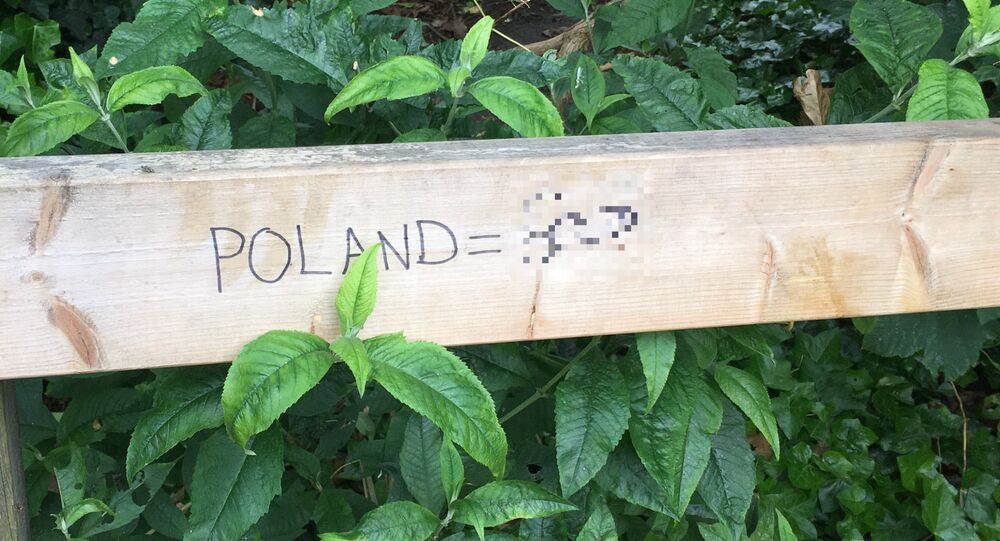 The toxicity of hate crimes has reached levels in Britain prompting the government's home office to carry out a social media campaign to educate the public on how to treat each other.

Over 90,000 hate crimes were reported to the police in England and Wales in 2017/8; an increase of 17 percent compared to the year before and more than double the number reported five years ago.

The Home Office hopes the campaign will help people in Britain understand hate crime and recognize it as a criminal offence.

Today we’re launching a new nationwide campaign aimed at increasing awareness and understanding of what constitutes a #HateCrime.

The strap line of the public awareness project states: "If you target anyone with verbal, online or physical abuse because of their religion, race, sexual orientation, disability or transgender identity — you may be committing a hate crime. It's not just offensive. It's an offence."

It's ironic when the proponents of the #HostileEnvironment do a video on #HateCrime https://t.co/40vDwGzR8c

According to charity Full Fact, hate crimes represent just two percent of crimes reported to the police and 76 percent of offences are based on race.

A spike in hate crime was reported around the time of the UK's EU referendum with offences relating to xenophobia specifically increasing.

Spikes in recorded hate crimes have also occurred after the terrorist attack in Manchester and Westminster Bridge.

"Committing a hate crime goes against all the shared values we hold and can have a traumatic impact on victims," Minister for countering extremism Baroness Williams said.

"The campaign gives clear examples of hate crime and sends a message that not only is this behavior unacceptable, it is a criminal offence."

"This is just one part of the ongoing work of the government to tackle hate crime to ensure this sickening behavior is stamped out," Baroness Williams added.

The home office hopes to reassure communities at risk of hate crime that the British government takes this seriously. The social media campaign has been developed in consultation with the Crown Prosecution Service (CPS) and the Independent Advisory Group on Hate Crime.