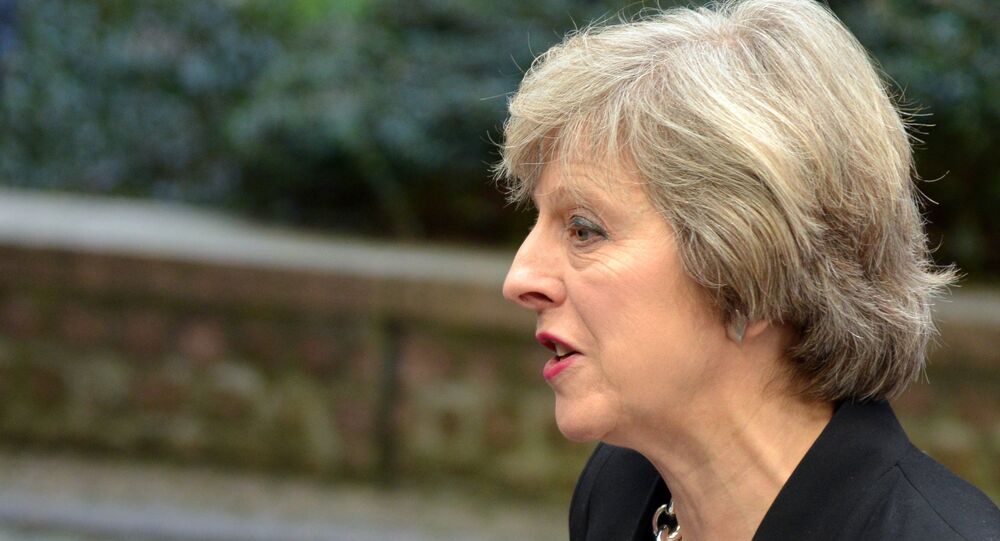 The British PM previously insisted her universally unpopular Chequers plan is the only alternative to a hard Brexit, urging politicians to throw their weight behind the proposals.

UK Prime Minister Theresa May has dismissed rumors of her cabinet planning to hold a snap general election, insisting such a move would not be in the “national interest.”

The PM is currently in Norway, where she will discuss pressing political matters with Nordic and Baltic leaders.

Earlier, analysts said the chancellor’s budget is reminiscent of a pre-election budget, with a number of popular proposals, including higher levels of income tax relief, included, seemingly in a bid to win the electorate's support for another term.

A snap election would give May an opportunity to bolster her position in the House of Commons, raising the likelihood of an eventual Brexit deal getting past parliament.

© CC0
'Propping Up Europe No More': Brexit Themed Coin Raises Tensions on Social Media
However, recent polls have suggested the Tories would struggle and ultimately lose seats in an election, potentially throwing them out of power, especially if the Labour Party vows to hold a fresh vote on Brexit.

On Monday, former education secretary Justice Greening hinted at a leadership bid, saying the country “deserves better”, seemingly throwing herself into the ring for a future intraparty leadership battle.

Boris Johnson has been tipped as a likely successor to May, but is yet to launch a leadership challenge against her, to the annoyance of the party’s most staunch Brexiteers.

Johnson resigned from his position as foreign secretary earlier this year, shortly after the Chequers meeting, hitting out at the PM’s Brexit strategy.

Political Commentator on Brexit Negotiations: 'We Are Nowhere Near Anything'

London Spent $1.9Mln in September on Brexit Consultations at US Firms - Reports