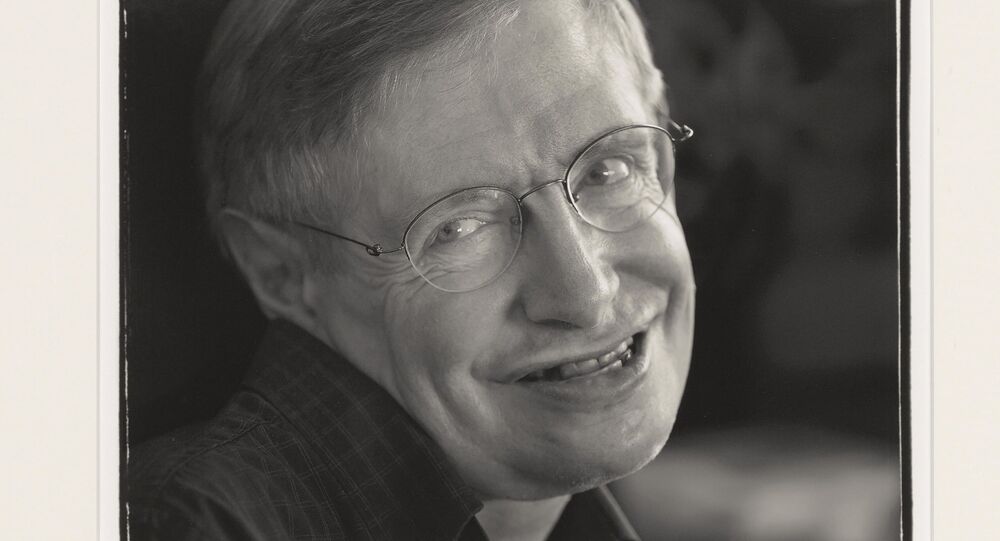 An online auction hosted by Christie's in London will feature treasured work and memorabilia of Britain's legendary physicist.

A selection of 22 lots will see one of Hawking's most important papers go on sale. Christie's calls Hawking's thesis typescript the highlight of the group. It is estimated to gather up to $191,000.

Signed by the scientist himself as 'This dissertation is my original work,' the thesis was made available online by Cambridge University in October 2017. The work attracted so many online visitors that it crashed the university's website. Christie's is offering one of only five original copies of Hawking's thesis.

Bidders will also get the chance to buy the physicist's bomber jacket, costing $127-191.

The script for one of Prof. Hawking's appearances on The Simpsons will also be going under the hammer as part of the sale, entitled 'On the Shoulders of Giants'.

A collection of the physicist's medals, including the Albert Einstein Award for achievement in the natural sciences, has been estimated at $12,000-19,000.

The first American edition of Hawking's famous work Brief History of Time 'signed' with his thumbprint also appears as a lot for sale.

His wheelchair will be the last lot, with all proceeds going to the Stephen Hawking Foundation and the Motor Neurone Disease Association.

"We are very pleased to have the assistance of Christie's to help us with the important matter of managing our beloved father's archives and his unique and precious collection of personal and professional belongings, chronicling his life and work. We hope to be able to offer our father's archive to the nation through the Acceptance in Lieu* process as we feel it is a huge part of his legacy but also of the history of science in this country. We are also giving admirers of his work the chance to acquire a memento of our father's extraordinary life in the shape of a small selection of evocative and fascinating items. In addition, we will be auctioning one of our father's historic wheelchairs, the proceeds of which will be donated to the Motor Neurone Disease Association and the Stephen Hawking Foundation," Lucy Hawking, journalist, educator and Stephen Hawking's daughter, said in the light of the auction.

Stephen Hawking passed away on March 14, 2018, leaving an enormous legacy to the scientific community globally.

READ MORE: To Infinity & Beyond, the Life & Legacy of Stephen Hawking

Hawking's Alarming Predictions Could Come True, But Not Now - Astronomer