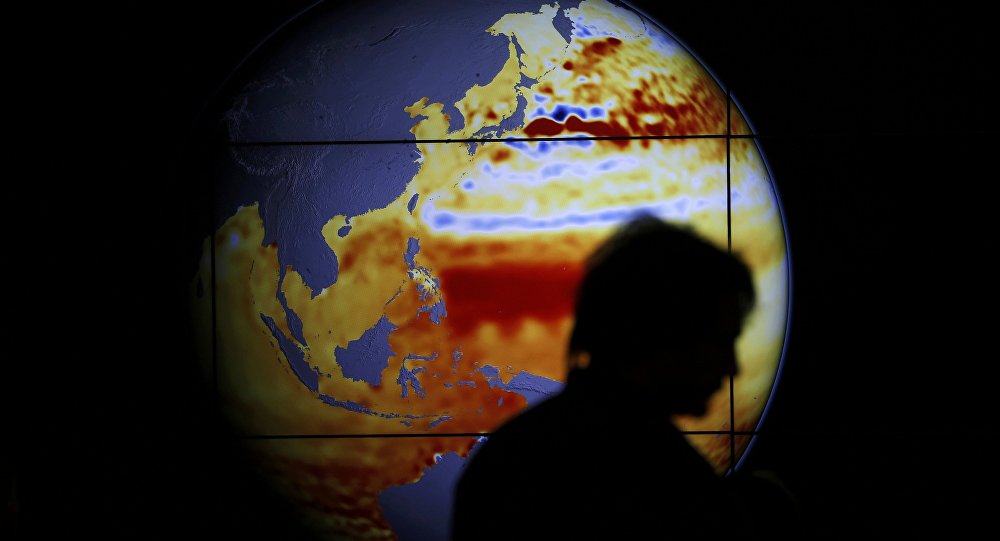 European Union environment and transport ministers met in Graz, Austria on Tuesday to cement a "green deal" aimed at transforming Europe's transport mobility and infrastructure. Ministers believe the declaration could usher a "new era" of "clean, safe and affordable mobility for Europe".

Green organizations will commit to building greener cities with infrastructure designed for pedestrians and cyclists, in addition to determining how EU countries will work towards a "climate-ready future".

The Graz Declaration plans to expedite introduction of low and zero-emission vehicles, in addition to charging infrastructure. It will also provide a comprehensive EU-wide strategy for sustainable transport via new laws implemented in 2021 and include the health benefits of using active mobility for projects funded by the European Commission's TEN-T program.

© AP Photo / Branden Camp
Climate Change Scientist on Global Rises in Temperature: 'We Need to Act Faster'
The declaration will also promote green initiatives such as 'European Mobility Week' which led to the creation of successful programs like the 'Car Free Sunday' initiative in Belgium and others aimed at making cities cleaner, safer and more pleasant places to live.

Transportation must be transformed to help Europe fulfill commitments under the Paris Climate Agreement, the statement continued, adding that European leaders must develop and implement "plans, programs and projects" that promote "active" and "safe and inclusive" mobility, including "human-powered mobility" equal to other modes of transport.

Although the statement calls for developing "emissions regulations for road vehicles beyond 2030", it fails to reference vital C02 emissions standards by that time.

Discussions are ongoing among European institutions about how to shape pre-2030 regulations, with the European Parliament backing higher targets opposed by national governments.

The Graz Declaration follows a European Environmental Agency (EEA) report on Monday which revealed shocking figures about the ill-effects of pollution on EU citizens.

Six countries-Germany, France, the UK, and Italy, Romania and Hungary-were taken to the European Court of Justice (ECJ) on May 17 after failing to tackle air pollution.

European Organizations Weigh in On the Graz Declaration

A spokesperson from the European Environmental Bureau (EEB), Europe's largest network of environmental organizations with around 140 members in over 30 countries, told Sputnik that the declaration could serve as a model for developing green energy initiatives that "could be implemented all around the world".

"Governments everywhere should help and encourage people to move away from travelling by car and make walking, cycling and public transport a safer and more attractive option," the spokesperson said, adding that the EEB hopes to "see a transformation in mobility and for EU governments to seriously invest in sustainable transport".

"Changing the way we [get] around will have a big impact on our well-being," the spokesperson continued. "Active mobility like walking and cycling is good for our health and fewer polluting cars will cut harmful air pollution" as well as "make cities more pleasant places to live and work."

© AP Photo / Kike Calvo
Australia to Allocate $500Mln to Protect Great Barrier Reef From Climate Change - Reports
"Ministers are making an important statement of intent about the 'green deal' Europe needs to transform the way we get around," EEB clean air policy officer Margherita Tolotto said in a press statement.

"People across Europe want to live in clean, safe and livable cities and this means fundamentally addressing our transport requirements," she continued, adding that active mobility could potentially bring "significant benefits to our health and the air we breathe, and it reduces CO2 emissions."

"It's great that ministers are recognizing this," Ms. Tolotto said.

Tolotto also said that while zero-emissions mobility was a priority, "a traffic jam of zero-emissions cars is still a traffic jam and speeding vehicles can still pose a threat to vulnerable road users," adding that it was important to consider how municipalities could "rebuild cities so they're better places to live".

"Ultimately, the EU needs a ‘green deal' that goes beyond transport and helps us tackle air pollution from other sources, like industry and agriculture, as well as helping to tackle the other major environmental issues of our time," she said.