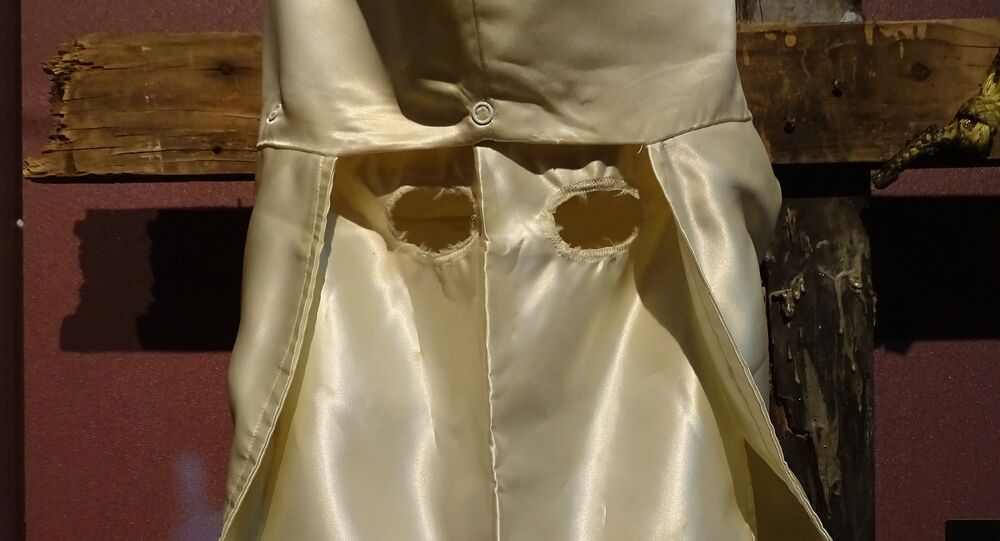 While some people, including police, have indicated that what happened in Newtownards could be a hate incident, others suggest that the gathering of people wearing KKK robes was little more than an un-PC Halloween party.

Police are treating images of people dressed as Ku Klux Klan members in County Down at the weekend as a hate incident. This video shows men dressed in KKK costumes in a bar in the town. Full story here: https://t.co/x6EeDn2CzN pic.twitter.com/isuoLi3moh

Another picture shows eight people posing in white robes and hoods and carrying crosses with their fists raised in the air. It was reportedly taken right outside the Bangladesh Islamic Community Center in the town of Newtownards in Northern Ireland.

This was Belfast at the weekend.

Those that made up the KKK were the direct descendants of the colonists ('Ulster Scots') in the north of Ireland. The same bigotry and racism found in Loyalism & Orangeism in Ireland is found within the ideology of the Klan. pic.twitter.com/0MGFeGu8kY

It emerged on Monday that police are investigating the incident as a hate crime. "Our enquiries are ongoing, and we are treating this as a hate incident at this time," Inspector Richard Murray said, as quoted by The Irish Times. "Hate crime, in all its forms, is totally unacceptable. It is the responsibility of each and every one of us to ensure that we live in a society where diversity is respected."

His statement was echoed by a handful of internet users, with some blaming growing xenophobic sentiment on Brexit.

Northern Ireland has turned into the wild west since the Brexit Vote. This Brexit means Brexit attitude will spark even more racism and sectarian behaviour.

Or please tell me they were all arrested for apparently belonging to a proscribed organisation.

Rampant #Islamophobia in UK challenges the collective resolve to stand up to hate.

There were some critics, however, who suggested that the gathering was in reality a Halloween party, while questioning its taste.

I think there are more important issues the police need to attend to seriously like it's Halloween..did they do anybody any harm.

Its a halloween incident FFS
Is the KKK a proscribed Organisation in the UK?
Yet we have REAL terrorists dressed in Paramilitary garb, openly parading on our streets, and the police does NOTHING

According to the Belfast Telegraph, this isn't the first time the Islamic Center has been targeted in a purported hate incident. In August 2017, a pig's head was left at the door of the center and graffiti painted on the building, drawing condemnation from human rights activists such as Amnesty International.