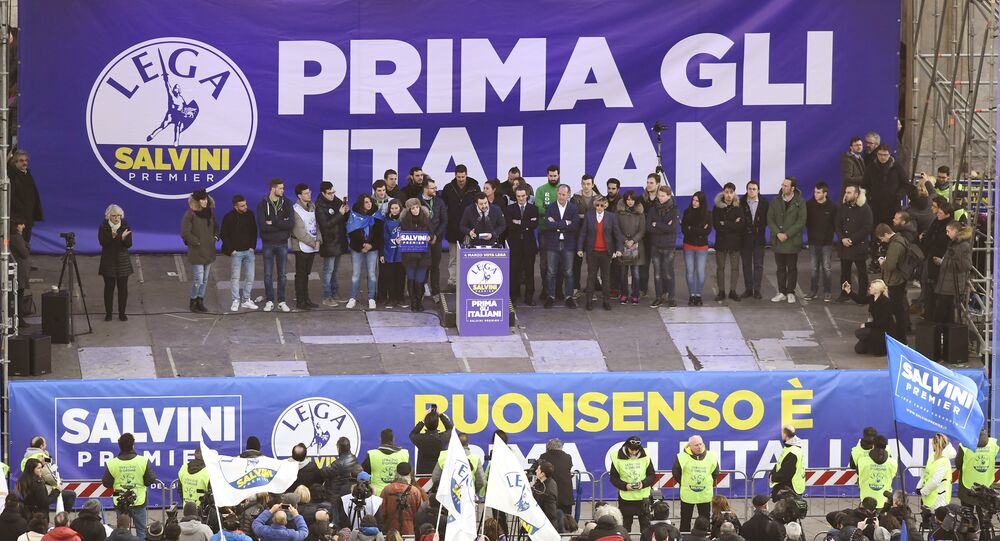 Earlier this year, Lega Party leader Matteo Salvini warned that Islamization may "gain the upper hand" in Italy and that the country's history and culture could be eradicated as a result.

Efforts by a Muslim association to convert a former hospital chapel into a mosque in the northern Italian city of Bergamo have been blocked by the country's right-wing Lega Party.

The developments came after the Muslim group managed to outbid the Romanian Orthodox Church and make the highest offer for the chapel in Bergamo during an auction initiated by a local hospital.

At a gathering in the Lombardy region, which includes Bergamo, Lega Party leaders, however, announced that they would halt the sale of the chapel, referring to a 2004 law which allows the party to intervene and protect the country's cultural sites.

Lombardy President Attilio Fontana, a Lega politician, wrote on his Twitter page that he "would never put a Church on sale" and that he is "amazed that the hospital management did not realize what a sensitive issue this is."

"However, we will exercise our right of first refusal [for the sale] and there will be no room for any appeal," he added.

Earlier this year, Lega Party leader Matteo Salvini claimed that "centuries of [Italian] history risk disappearing if Islamization, which up until now has been underestimated, gains the upper hand."

© AP Photo / Luca Bruno
Rome Not to Accept French Apology for Dumping Migrants in Italy - Salvini
There was no immediate response from the Bergamo Muslim group to Lega Party's announcement, which came amid the Islamic associations' concerns over local building restrictions, which they said make it almost impossible for them to get licenses to build mosques.

The Roman Catholic Church predominates in Italy, which is home to a small minority of Muslims, who will make up 4.9 percent of the country's population by 2020. This figure was 3.7 percent in 2010, according to the Washington-based Pew Research Center.