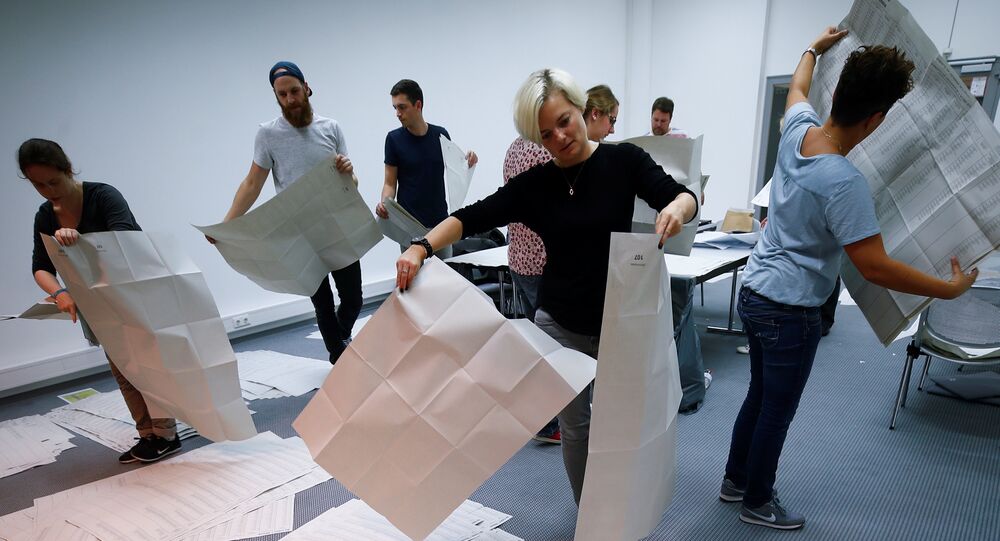 MOSCOW (Sputnik) - The popularity of German Chancellor Angela Merkel's Christian Democrats (CDU) has slipped by another percentage point to 24 percent, a weekly poll published by the Bild am Sonntag revealed Sunday.

The Green party and the populist Alternative for Germany (AfD) saw their popularity rise by 1 percent to respectively 20 percent and 16 percent, the Emnid poll showed.

© AP Photo / Michael Kappeler
Stakes High for Merkel Gov't: German State of Hesse Holds Regional Election
Earlier this month, the regional parliamentary elections in Bavaria showed the changing trend in the political landscape, as the Christian Social Union (CSU), the sister party of Angela Merkel’s CDU, managed to get only 37% of the vote, which is 10 percent less than in 2013. The SPD also lost 10 percent, attracting only 9.7%, while the AfD got 11.6% and the Greens received almost 17.5%.
...
Reddit
Google+
Blogger
Pinterest
StumbleUpon
Telegram
WhatsApp
10