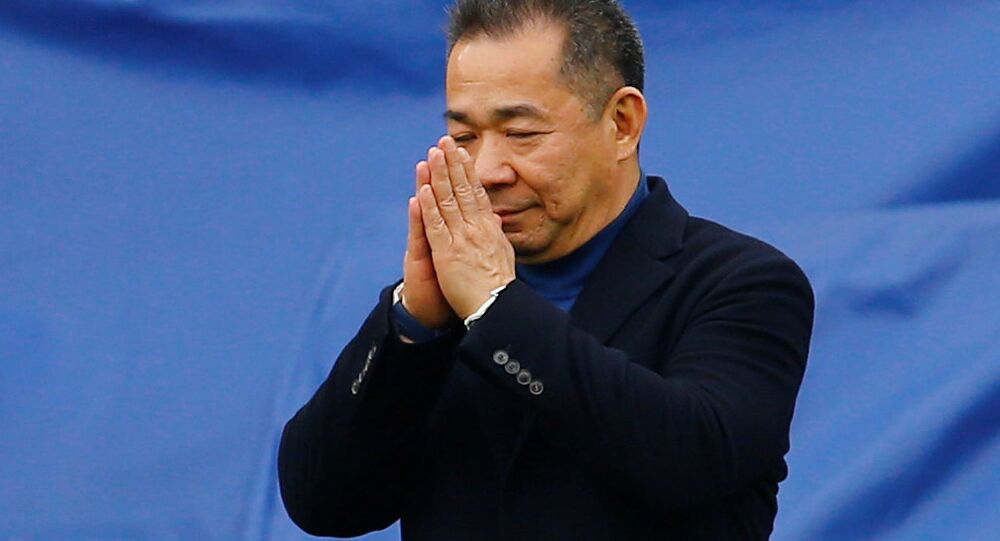 MOSCOW (Sputnik) - The helicopter came down near the King Power Stadium around 8:30 p.m. on Saturday (21:30 GMT) shortly after the match between the Leicester City and the West Ham United football clubs concluded, UK Leicestershire County police said.

Leicestershire County police confirmed Sunday that the investigation into the helicopter crash at the home stadium of the Leicester City Football Club is ongoing and has been passed on to the Air Accident Investigation Branch.

“The Air Accident Investigation Branch will now be leading an investigation into the circumstances of a helicopter crash at the King Power Stadium … A cordon is currently in place at the scene to enable the AAIB to examine the area and complete their initial enquiries,” the police said in a statement.

A helicopter has crashed outside Leicester City's King Power Stadium.

“We are assisting Leicestershire Police and the emergency services in dealing with a major incident at King Power Stadium. The Club will issue a more detailed statement once further information has been established,” the Leicester City’s spokesperson said in a statement.

Thai tycoon Vichai Srivaddhanaprabha, who owns the Leicester City club, might have reportedly been onboard of the aircraft as he was in attendance at the match.