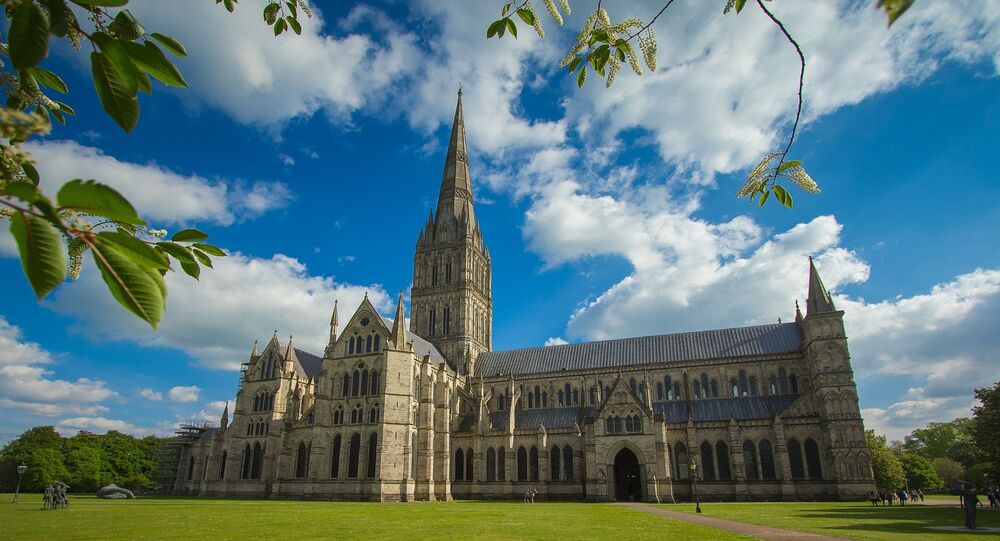 Wiltshire Police detained a 45-year-old suspect accused of trying to steal the medieval charter of rights.

Magna Carta, dating back to 1215 and on display in Salisbury Cathedral, came under attack on Wednesday by a man who attempted to snitch it.

"A man matching the description given by witnesses was arrested on suspicion of attempted theft, possession of an offensive weapon and criminal damage, and has been taken to Melksham custody for questioning, where he remains. The Magna Carta has not been damaged and nobody was injured in the incident," the Wiltshire Police said in a statement.

The authorities have called on witnesses to report to the police with any information on the incident.

A witness has been reported to describe how the suspect was held on to the suspect after he tried to break the case holding the Magna Carta.

"As we got to the stonemason's gateway we heard some shouting and could see a few people coming out of the gates so we stopped. It looked like some men ‘play-fighting' but as they got through the gates I saw a hammer drop to the floor and one of the men kicked it into the road whilst another man held on to him. They then held onto him with hands behind his back whilst they picked up the hammer — lots of people around started to come over. The men really did a good job," a witness has been quoted saying.

The incident was discussed online users, with some ironic comments popping up on Twitter.

The Magna Carta — was imposed upon King John in 1215 by a group of subjects — the barons — to limit his powers by law and protect their rights. Last year David Cameron said that it "paved the way for democracy, equality, respect and the law that makes Britain, Britain."