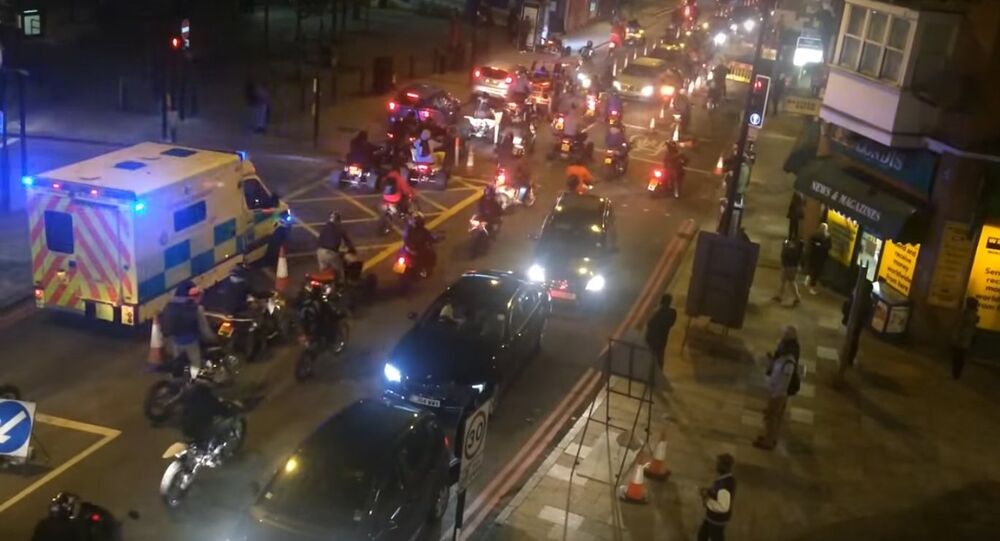 The police in London say they will not caught napping by motorcyclists and moped riders in the run up to Halloween. In previous years gangs often on stolen motorbikes and mopeds have roamed the streets causing chaos.

The Metropolitan Police say they have a detailed plan to deal with anti-social behavior on Wednesday, October 31, and in the days leading up to it.

In 2016 around 200 men on scooters and motorbikes caused panic in south east London as they rode on pavements and let off fireworks in what eyewitnesses described as being a combination of the movie Mad Max and the video game Grand Theft Auto.

Last year the police put a plan into action in an attempt to stop bikers riding recklessly, on the wrong side of the road, through red lights, on pavements and through shopping arcades.

One group, known as UK Bike Life, includes bikers from Essex, Kent, Surrey, Sussex and Buckinghamshire and is apparently planning a repeat of the 2016 disruption.

"These groups do not have any consideration for other road users and put themselves and members of the public at risk by driving recklessly in large numbers. They frighten and intimidate Londoners and tourists, and have caused considerable damage to local businesses," said Supt. Puddefoot.

"We know that some people may see the event advertised and think they are joining like-minded enthusiasts on a lawful ride, within legal parameters. This is not the case. These groups are not in keeping with the law, they ignore the rules of the road and drive ruthlessly, carrying out stunts on the roads and pavements," added Supt. Puddefoot.

The Halloween tradition of trick-or-treating, largely imported from the United States, has exploded in the UK in recent years and many parents spend considerable sums of money buying ghost, witch, skeleton or monster costumes for their children and themselves.

Fake Costumes Can Be Deadly

But the PIPCU warn some of these costumes are so badly made they risk suffocating, strangling or poisoning the wearers.

"Enjoying Halloween safely should be a guarantee, not a treat. Purchasing costumes from a reputable seller will ensure you are not tricked into buying unsafe products," said Detective Inspector Nicholas Court.

"Counterfeit costumes are untested, meaning they put people at risk of suffocation and strangulation. Make sure your Halloween is scary for the right reasons," said Det. Insp. Court.

He also warned people to beware of buying costumes from bogus websites set up by scammers who are only interested in obtaining people's credit card details.

"It is important consumers are vigilant as any products which do not meet (genuine retailers') high standards could be dangerous. A lot of traders will pass-off counterfeit items as the genuine brand, if in doubt, check for the following and always ensure you are dealing a reputable online retailer or shop on the high street," said Dominique Peckett, director of online fancy dress purveyors Smiffys.

Should White Kids Dress as the Black Panther for Halloween?

Getting Ready for Halloween: Little Parrot Tries to Be Scary