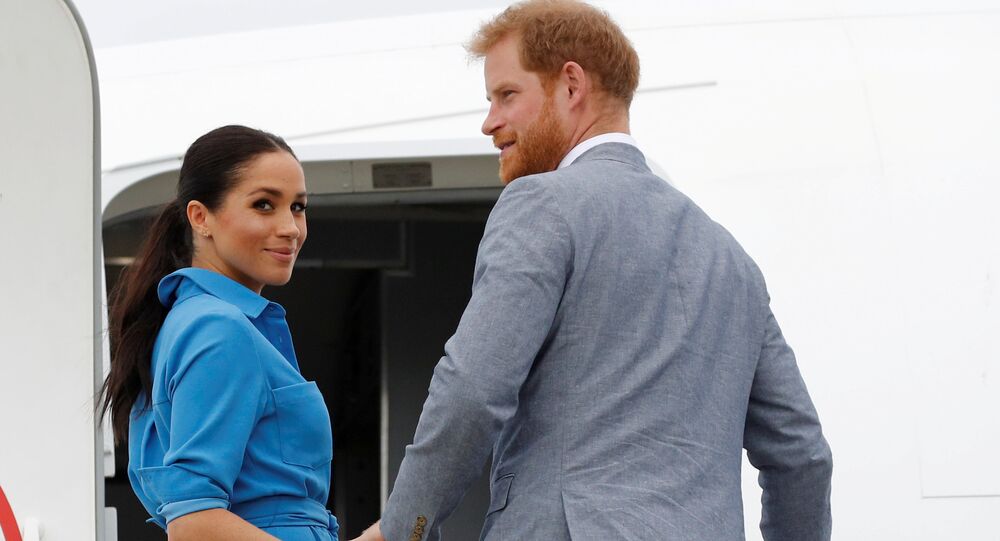 The co-pilot of the Qantas jet carrying the royals had to pull up just moments before landing at Sydney airport on Friday, when she realized there was another plane on the runway.

Co-pilot Ann Cole noticed the runway was not clear and steered the aircraft back up in the air. After it circled around for the second landing attempt, the pilots manage to complete the touch-down safely.

The Duke and Duchess of Sussex were joined by around 100 people on board as they travelled from Tonga to Australia. Among their fellow passengers were the couple's staff, police officers and dozens of journalists, who reported on the landing drama via Twitter.

Missed approach for the Royal Charter back into Sydney. Another plane on the runway getting in the way. So we're coming around again ✈️

A chance to see this spectacular view twice ✅ #MeghanandHarry pic.twitter.com/kmFOVl1MR4

We're back in Sydney! A little drama on the approach as the captain of our @qantas charter Nigel Rosser made a "missed approach" as a plane was still on the runway at Sydney and he pulled us up very quickly. We came back & did it all again!Man with the window seat @JamesAALongman pic.twitter.com/g0liSsht6b

WATCH as flight carrying Duke & Duchess of Sussex aborts landing into Sydney. @qantas pilot says reason was another plane on the runway — and sees the positives… "You'll get another great view of the harbour". #RoyalTour #HarryandMeghan pic.twitter.com/TLWA76vIuO

After the aborted landing, the captain Nigel Rosser addressed the passengers, explaining the pilots' decision.

"It was a missed approach. There was an aircraft on the runway that was a little bit slow to roll and unfortunately hadn't cleared the runway. We were too close and the decision was made to abort the landing. So for the second time today you'll get great views of the harbor. We'll get you there safely as soon as possible," the captain said.

The royal couple's tour to will continue following a stop in Australia. On Sunday, the Duke and Duchess of Sussex are expected to travel to New Zealand.

READ MORE: You Can Leave Your Tag On: Meghan Markle in Royal Fashion Blunder

'Won't Ever Get Sick of It': Markle Lookalike Details Meeting With Royal Couple