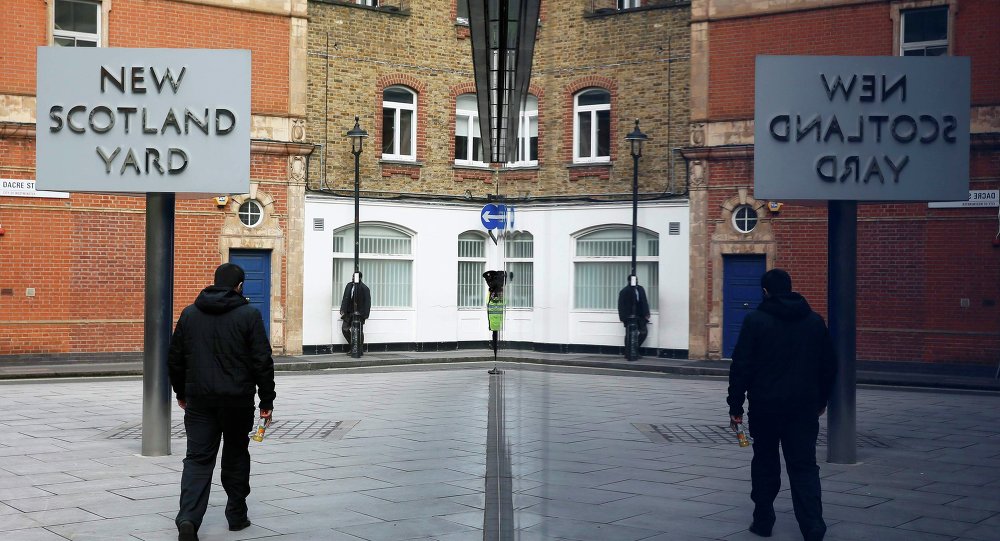 The House of Commons Home Affairs' Committee published a report on Thursday highlighting the gross shortcomings in British policing, which it says struggles with the 21st century demands and uses "systems and structures that have barely changed since the 1960s."

The report noted that 'volume' crimes such as robbery and theft have increased sharply after a relative period of decline, with recorded crimes rising 32 percent in the past three years and charges or summons decreasing by 26 percent. Neighborhood policing has also fallen by a fifth of its capacity since 2010, with arrests falling significantly, it stated.

The report also warned that there would be "dire consequences" for public safety without additional police funding, and urged the government to prioritize police funding in the Autumn Budget and upcoming Comprehensive Spending Review.

"[It] is time to stop kicking the problem into the long grass, and recognise the true cost of policing," it demanded.

The report slammed substandard resources for investigating online fraud, stating that current responses were in "desperate need of a fundamental restructure".

It also recommended appointing a Commissioner for the Prevention of Child Sexual Abuse to "work across departments and agencies" to tackle pedophilia and other child crimes, as well as mandating a minimum two-day mental health training course to officers and police community support officers (PCSOs) and using new NHS funds used to reduce police involvement in mental health crisis work.

MPs also recommended a "prestigious national digital exploitation center" for serious crime before the next Comprehensive Spending Review, citing outdated technology which prevented police forces from meeting "the challenges of the digital age".

The report squarely pointed the finger at a "complete failure of leadership from the Home Office," whom it accused of standing back "while crime patterns change so fast that the police struggle to respond," and recommended a "transparent, root-and-branch-review" of policing by the end of February, in addition to building a National Police Council comprised of all police and crime commissioners (PCCs) alongside chief constables.

What Have British Police Agencies Said?

Several representatives from policing agencies have come forward to voice their opinions which concur with sentiments in the Home Affairs' report.

"We welcome the report's endorsement of our calls for capabilities to be aligned more intelligently between national, regional and local structures," Lynne Owens, NCA director general said in a press statement obtained by Sputnik. Doing so will help "give coherence across the UK to local policing" and fight serious organized crime, Owens said.

"Proactively investing in capabilities helps law enforcement uncover crime rather than reacting to it," she said, adding that new methods should allow the NCA to "flex to new threats" while maintaining a strong policing response. The report "endorses our asks of the technology industry in this fight to build on work already done with law enforcement to help eradicate preventable offending," she continued.

© REUTERS / Peter Nicholls
New Data on UK Police's Excessive Use of Force Not Shocking Revelation - Pundit
National Police Chiefs' Council (NPCC) Chair, Chief Constable Sara Thornton said: "Today's report rightly recognises that forces and officers have come under 'serious strain’ and concludes 'that forces are badly overstretched' as they deal with rising crime and demand that is more complex. The committee warns that without additional funding they 'have no doubt that there will be dire consequences for public safety' – that warning must surely be heeded.”

She added that it showed that “threats and challenges” police face “require a response across the whole system and cannot be developed by institutions acting alone”, and that NPCC officials would like to see ministers and officials get involved in developing strategies for constables and crime commissioners.

“The Home Office alone cannot determine which capabilities should be delivered nationally or regionally, nor should they be left with the responsibility of joining up police technology,” she continued.