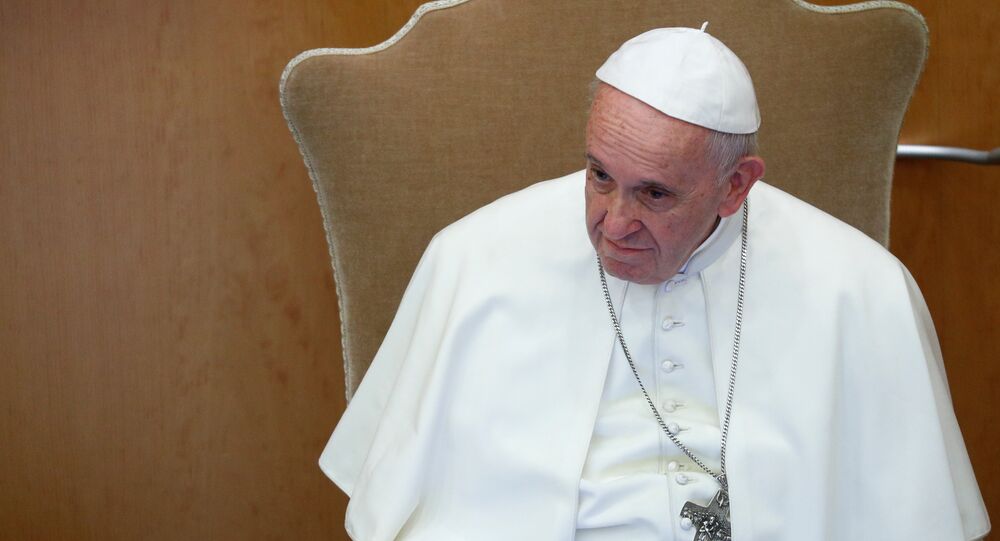 The comments came at the presentation of a book about the wisdom of the older generation in the Vatican, where an elderly woman told the Pontiff that she teaches Italian to migrants and is concerned over the growing sentiment against refugees.

Pope Francis has compared populist politicians with leader of the Third Reich Adolf Hitler, and called on European countries to continue to receive refugees, according to Italy's ANSA news website.

Speaking at the presentation of a book about the wisdom of the older generation in the Vatican, he underscored the importance of telling the younger generation about the history of the world wars "so that they do not fall into the same mistake and know how populism spreads."

"I think of Hitler last century, who had promised the development of Germany. That we know how populism starts: by sowing hate. You can't live sowing hate," Francis underscored.

Responding to a woman voicing her concern over an increase in anti-migrant sentiment in Europe, the Pontiff cited the Bible as saying that the refugees should be welcomed.

It is "important for all of Europe to strike a deal on this problem", he pointed out, calling on the governments of the EU countries to reach a consensus on migration limits.

Twitter users remained at odds over the Pontiff's remarks as some said that "His Holiness was right on the point, while others urged him to stay focused solely on his own work.

#PopeFrancis claimed that #populism starts by sowing hate (!) and leads to…Hitler (!). Similarly one could argue that Christianity sows fanaticism and leads to the Dark Ages and the Inquisition! But that would be unfair, wouldn't it? / #farright #Popehttps://t.co/LvBEHIoWRD

Unfortunately, Internet culture has conditioned us, very effectively, to think of "mentioning Hitler" as "losing the argument". This idea, sown and nurtured over years, has taken firm root. Many people now jeer and dismiss the exact warnings WW2 was supposed to have taught us.

Why dont you open up the Vatican and house some migrants

PioXII the Pope wasn’t against Hitler or killing Jews. Still now we can hear the sound of silence.

Popeulism's okay but.
Needs to mind his own business & excommunicate any/all Molesting Priests!

His Holiness is right on point.

Of course he'd say that, he's a communist!

In January 2017, Pope Francis compared the current populist movement in Europe with the political climate there in the 1930s, which he argued led to Hitler’s rise to power in Germany at the time.

Giving His Last Mites? Pope Sells His Lamborghini, Will Spend Money on Charity