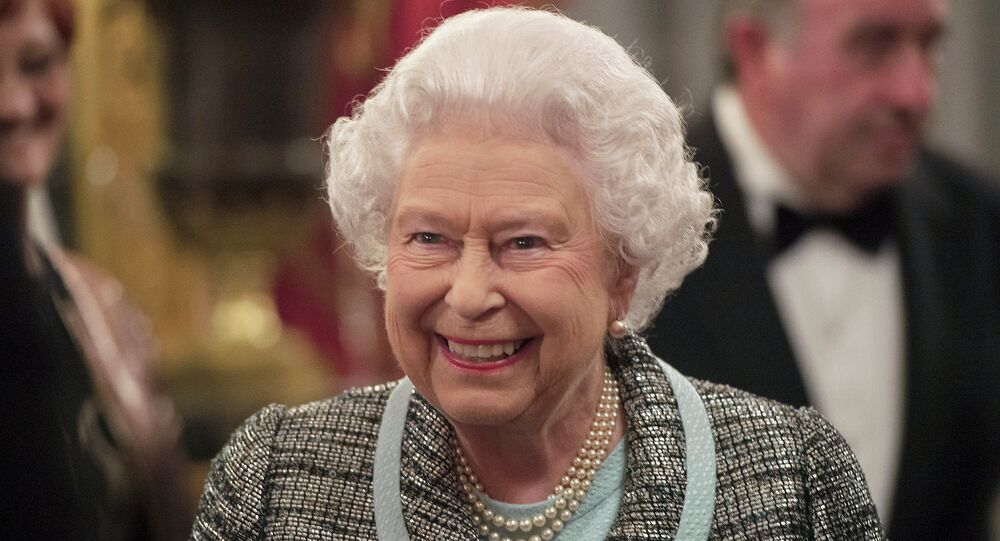 The Queen, who has long pursued an impartial public position in political matters, has mentioned Brexit in public for the first time in her speech at a banquet for the Dutch King Willem-Alexander and his wife Queen Maxima, who are on an official visit to the UK.

Queen Elizabeth II mentioned Brexit during a banquet for King Willem-Alexander of the Netherlands and his wife Queen Maxima in Buckingham Palace. This is the first time the Queen, who is known for her impartial position in political matters, has spoken out about the most pressing current political issue facing the UK in public.

Speaking before the Dutch Royal couple and British Prime Minister Theresa May, Queen Elizabeth said that as "[the UK] look toward a new partnership with Europe," adding that the values shared by the UK and the Netherlands "are our greatest assets."

"As we look toward a new partnership with Europe, it is our shared values and commitment to each other, that are out greatest asset, and demonstrate that even through change, our enduring alliance remains strong, and as innovators, traders and internationalists we look with confidence to the future," the Queen said.

© Sputnik / Kirill Kallinikov
UK, Netherlands Push for New Cyber Sanctions Amid Accusations Against Russia, China
The report underscores that the Queen has chosen to emphasize the qualities "needed by the UK and one of its closest European neighbors" going forward, while the UK politicians remain bitterly divided by Brexit.

The Queen also praised the close links between the UK and the Netherlands, which "greatly contributes to the economic and cultural life of Britain."

"The Netherlands are one of the United Kingdom's largest European investors. We have a thriving Dutch community, and artistic and sporting exchanges are at an all-time high," the Queen said.

The Queen's speech echoes the position of Prime Minister Theresa May, who has repeatedly said that the UK "is leaving the EU, but we are not leaving Europe," the Daily Express report says.

Earlier, in an address to both houses of the UK Parliament, the Dutch King urged the UK to lift the "shadow of uncertainty" regarding the future of Dutch nationals living on British soil after Brexit.

© CC0
UK Committee Slams Govt Response to Fake News Report as 'Missed Opportunity'
King Willem-Alexander, who, according to Dutch protocol, cannot be quoted directly, said that while a lot of attention is focused on the "technical" side of Brexit, the two nations should not lose sight of the greater narrative that binds them. Specifically, the King named the "narrative" of freedom, openness and cooperation, of growth and prosperity, the fruits of which are enjoyed by all.

During his state visit to the UK, the Dutch King also met with Labour Party leader Jeremy Corbyn in private before the banquet, the Evening Standard reports.

The United Kingdom voted to leave the European Union in a referendum in June 2016 and is expected to do so by late March 2019, despite there being certain stumbling blocks that continue to impede talks, namely, the Irish border and post-Brexit UK-EU economic relations. It has recently emerged that EU negotiators had proposed that London should stick to EU regulations beyond December 31, 2020, when its transition period is supposed to end after it quits the union in March 2019. However, the UK's chief Brexit negotiator Dominic Raab said Sunday that extending the country's transition away from EU rules should be allowed for no more than a few months.