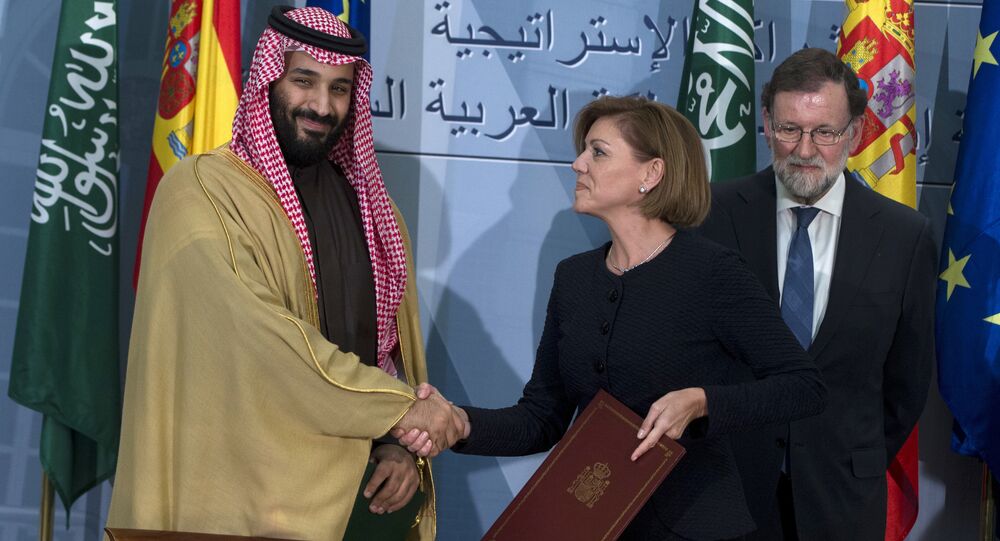 Madrid will proceed with a delivery of 400 laser-guided bombs to Riyadh.

The Spanish Parliament voted against a proposal blocking arms sales to Saudi Arabia Tuesday, according to a report by Haaretz. The proposal to stop the sales over the ongoing scandal around Saudi journalist Jamal Khashoggi's death was introduced by a mixed group that included deputies from smaller parties, but was rejected by a joint vote by the ruling Socialists and the opposition People's Party.

Antonio Gutiérrez Limones, a Socialist Party MP, asked for "prudence and to wait to find out the facts" before making such a decision, El Nacional reports.

"Spain is a country which meets its international commitments; the decisions taken should be collective, in the headquarters of the European Union," Gutiérrez Limones argued.

The vote puts Spain and Sweden, whose Prime Minister Stefan Löfven also announced his decision not to stop Sweden's arms sales to Saudi Arabia Tuesday, into the club of countries that have decided not to cut their arms contracts with Riyadh over the ongoing Khashoggi scandal. France and the UK, which are considered Riyadh's two biggest suppliers, have also declined to cut arms sales so far. Germany, the fourth-biggest exporter of weapons to Saudi Arabia, however, announced Sunday that it would halt its arms sales to the kingdom.

The $10 million arms deal, which includes a sale 400 laser-guided bombs, was previously halted in September over concerns that the weapons could be used in the war in Yemen. The decision to halt the sales was reversed mere days after its announcement.