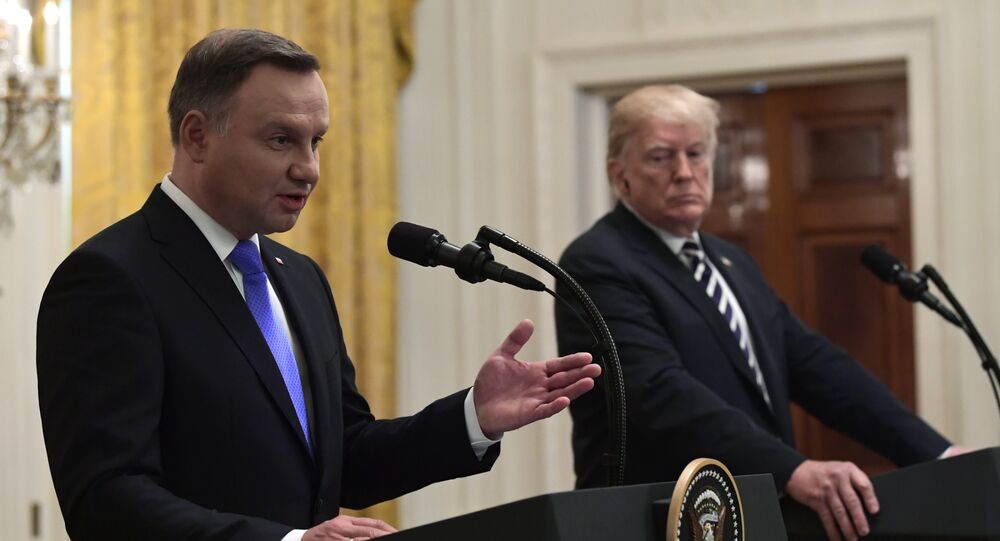 On October 20, US President Donald Trump announced the country's exit from the INF treaty over alleged Russian violations of the agreement.

Polish President Andrzej Duda said that Poland has not yet considered deploying missiles with ranges similar to those specified in the INF treaty on its territory.

"We have not yet considered it at all. It has not been the issue of discussions either in the society, or between the Polish government or military officials," Duda told reporters.

© Sputnik / Alexandr Vilf
Professor Warns New 'Nuclear Iron Curtain' May Be Created if INF Treaty Scrapped
The United States claims that Russia has been in violation of the INF Treaty since 2014.

Moscow, Berlin, Rome and Paris have slammed Washington's statement of intent, urging Washington to consider the consequences of withdrawal for European and global security.

Signed in 1987 at the twilight of the Cold War, the INF Treaty was aimed primarily at reducing the risk of nuclear war in Europe, and committed the US and the USSR (and since 1991, Russia) to terminating their stocks of missiles and land-based launchers with ranges between 500 and 1,000 km and 1,000 and 5,500 km, respectively, and prohibited the missile technologies' development.

The treaty resulted in the destruction of nearly 2,700 missiles by the treaty-imposed deadline in mid-1991.