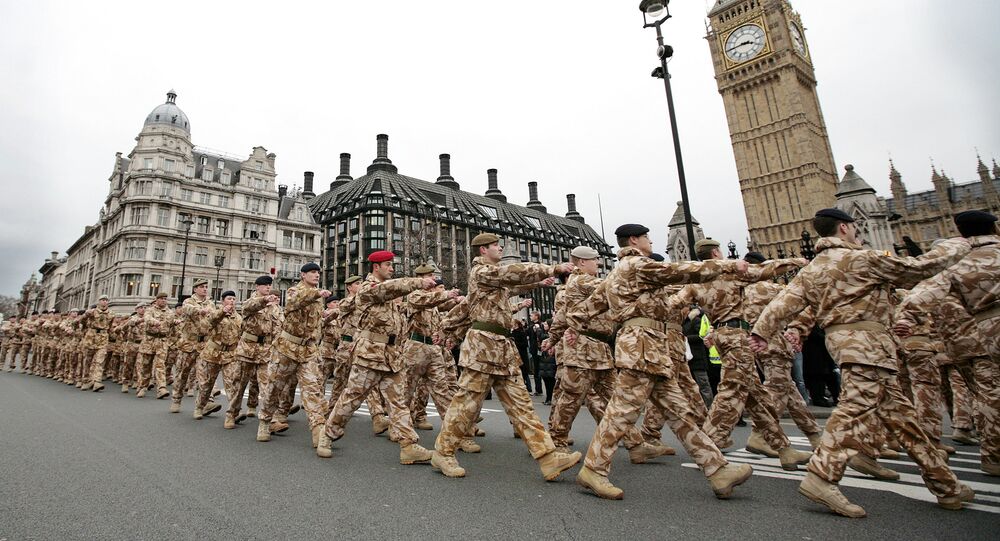 MOSCOW (Sputnik) - The UK Defense Ministry said in a statement on Monday that it was launching a new study into causes of death, including suicide rates, of military personnel taking part in conflicts in Iraq and Afghanistan from 2001 to 2014.

Previous studies on mortality rates of military personnel who served during the 1982 Falklands War and the 1990-1991 Gulf War revealed that they were more likely to commit suicide than the general UK population.

"Most transition successfully into civilian life once they have put away their uniforms, but we cannot afford to be complacent. Mental health problems can affect us all, and the wellbeing of our people remains a top priority… By conducting this vital new study, we are furthering our understanding of the wellbeing of our people so we can continue to provide the best possible care to all who have served," Minister for Defence People and Veterans Tobias Ellwood was quoted as saying in the statement.

© CC0
Why Child Spies Demonstrate 'Inhumanity at The Heart of Britain'
The ministry is routinely carrying out studies on effects that taking part in large-scale military operations has on military personnel, while the rates of mental disorder are lower within the military than nationwide, standing at 3.1 percent against 4.5 percent, according to the ministry.

The research comes as part of the ministry's People Mental Health and Wellbeing Strategy that aims at boosting the physical and mental health of acting and retired military personnel. The UK Defense Ministry has pledged to spend 22 million pounds ($28.56 million) annually on mental health.