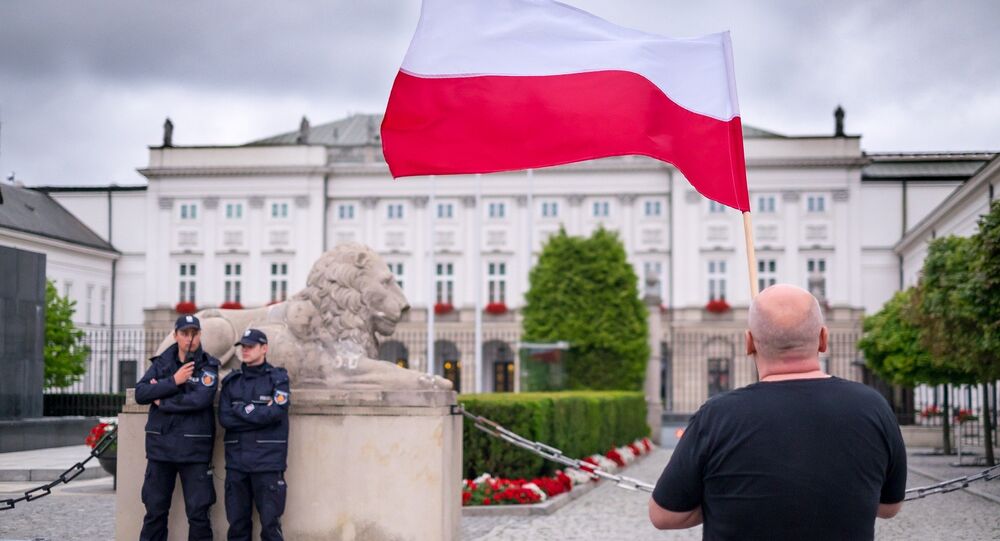 As much as 24.3 percent of those questioned voted for a coalition of opposition parties, the Civic Platform and Nowoczesna, while 16.3 supported the Polish People's Party, the poll showed.

© Sputnik / Stringer
US Combat Brigade in Poland Trains With New Electronic Warfare Tech - Pentagon
Kukiz'15 party, which won 6.3 percent of the vote, was followed by the Democratic Left Alliance party, which got 5.7 percent.

Poland's election commission is expected to announce final results on Tuesday or Wednesday.

Local elections were held in Poland on Sunday, October 21. The second tour, where it is envisaged, will take place on November 4. The upcoming vote will enable the PiS, which controls the country's parliament and government, to increase its presence in local governments.