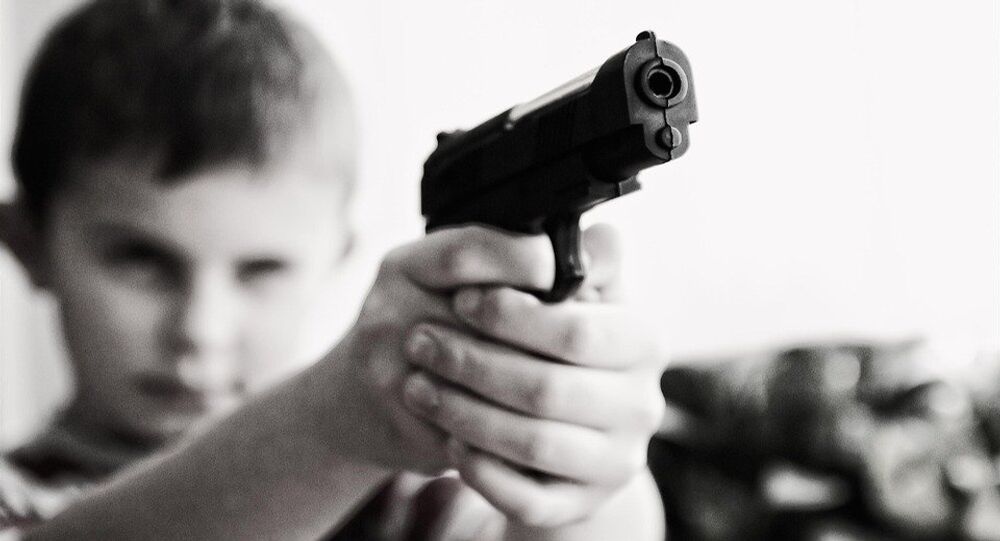 A video of a 15-year old student in Paris threatening his teacher with a fake weapon evoked outrage from French politicians.

The footage of the incident, which reportedly occurred on Thursday, shows the teenager towering over his seated teacher and pointing a weapon (later revealed to be an air gun) at her.

​"You've marked me absent. Mark me as present," the gun-toting student shouts.

The teacher however appeared calm during the entire ordeal, enduring the student’s threats and filing a complaint with the police the next day.

© Sputnik
Fights, Cyberbullying, Rape: Why Are French Schools Getting More and More Violent?
The incident was widely condemned by the French government, with President Emmanuel Macron stating that threatening a teacher was "unacceptable" and ordering his ministers to take "all necessary measures" to prevent a repeat of this occurrence.

Education Minister Jean-Michel Blanquer and Interior Minister Christophe Castaner also issued a joint statement, saying that they intend to discuss ways to end violence in schools in low-income city suburbs during a top-level meeting next week.

The suspect himself however insisted that his actions were merely a “joke” and that he was simply angry at the teacher who marked him as absent while he was only late for class.