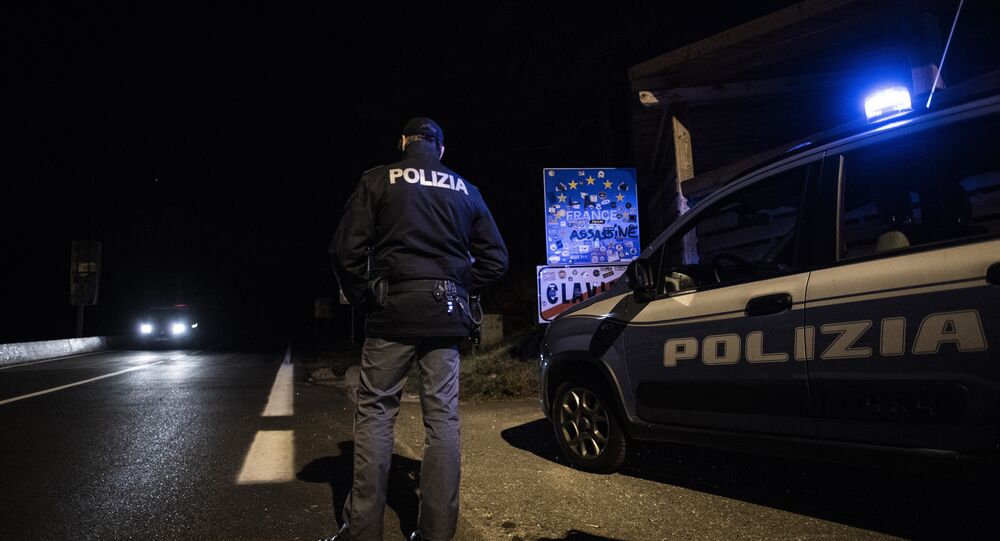 Italy Sends Police to Border With France Amid Migrant Row

Italy's right-wing interior minister, Matteo Salvini, has once again placed the issue of migration at the forefront. This time, his anger was fueled by French authorities dropping off a group of asylum-seekers in Italian territory - for the second time in the past week.

On Saturday, Italy's Interior Minister Salvini announced that police patrols had been sent to "control and guard the border" in the alpine municipality of Claviere that flanks France after gendarmes had ostensibly dropped a group of migrants in Italy despite the two countries not having an official agreement on the return of asylum-seekers.

Salvini, who is also serving as Italy's deputy prime minister and leader of the right-wing League party, ranted against France and its president, Emmanuel Macron, saying that he "doesn't accept non-EU immigrants" detained in France and brought to Italy, with local police being unable to verify their identity.

His rebuke came after he shared what he called "unbelievable" footage purportedly showing a gendarme van dumping three migrants across the mountain border in Claviere before driving back towards France.

This is the second such incident reported recently: last week, witnesses said that a French police van had dropped off two purported African migrants in the woods in Claviere. This drew a furious response from Salvini, who demanded that Macron respond to what he described as an "unprecedented offense" and an "international disgrace." Authorities of Hautes-Alpes, the French department that borders Claviere, claimed in response that gendarmes brought the two alleged immigrants to Italy by mistake.

According to the Dublin Regulation, the bedrock of the EU asylum system, applications of asylum-seekers must be processed in the country of their first entry into the continent. However, EU countries have the right to return asylum-seekers to the first EU member states they have entered to have their claims processed.

Some countries have bilateral agreements in place allowing them to send asylum-seekers back to the country of first entry, but Salvini insists that France hasn't signed such a deal with Italy and thus has no right to drop immigrants there.

According to official data from the European Commission, 650,000 first-time asylum seekers applied for international protection in the European Union in 2017.

Italy, a coastal country and one of the first entry points for migrants in Europe, has been seeking to review the Dublin Regulation. Rome claims that the regulation is inadequate for managing migration flows and calls for a fairer migrant resettlement system.

In early June, Salvini said that Italy could not remain Europe's "refugee camp" while neighboring countries close their borders and defend their borders with weapons.