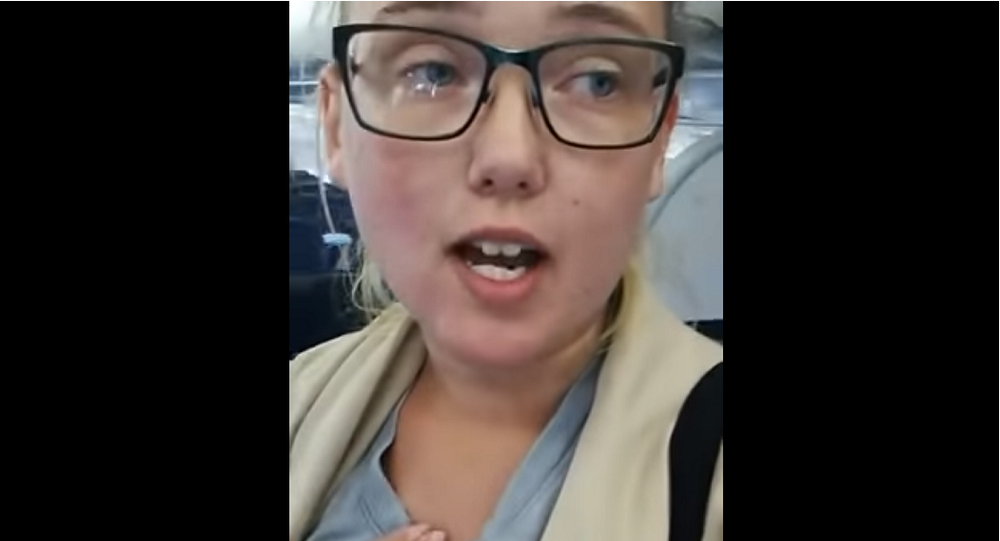 Sweden to Charge Student Over Plane Protest Against Deportation of Afghan

A 21-year-old Swedish student refused to sit down on Gothenburg flight until a man being sent back to Afghanistan was removed. Many have called her a hero; others have criticized her actions.

Elin Ersson, may be prosecuted for halting a plane’s departure in July in protest of the deportation of an Afghan asylum seeker who was also on board, The Independent wrote, citing local media reports.

© REUTERS / TT News Agency/Fredrik Sandberg
Alternative for Sweden Party Blames Mass Car Arsons on Migrants, Suggests Deportation
On Friday, the Swedish prosecutor’s office announced that Elin will be charged with “violations of aviation law,” as she repeatedly refused to obey orders from the pilot and aircraft crew – a charge that carries a prison sentence of up to six months and a fine.

A passenger plane cannot take off until all on board have taken their seats and buckled their belts.

She will be tried at Gothenburg District Court, but no court date has yet been set.

On July 23, Elin Ersson used that rule to keep a flight carrying an Afghan man who was being deported to Kabul from taking off from Gothenburg.

The flight was scheduled to fly to Istanbul, where the Afghan man was to be transferred to another plane to Afghanistan. With everyone else seated, the young Swede took out her cellphone and began livestreaming video on Facebook.

She then proceeded to film herself speaking in English as she walked through the aisles, explaining that the man was being deported to Afghanistan, "where he will most likely get killed."

While some passengers shouted “sit down, we want to go!” others expressed support for Ersson’s protest.

“I don’t want a man’s life to be taken away just so you don’t miss a flight. It is not right to send people to hell,” Ersson said.

Ersson, along with the Afghan man, were eventually taken off the plane by airport security to the passengers’ applause. She was later interviewed by police.

Sweden has a strict policy on the removal of asylum seekers with more than 9,000 rejected asylum seekers having been ordered to leave the country by the Swedish Migration Agency in 2017.